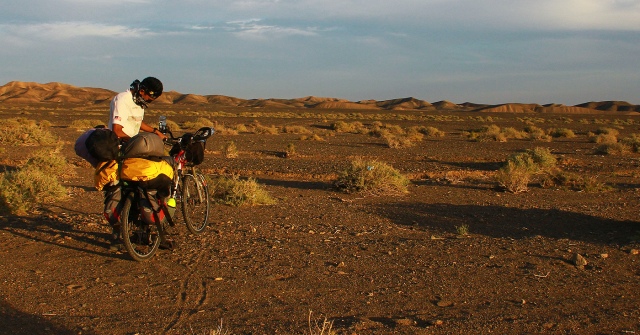 me fighting the fierce headwind

Our ride to Shanshan was tough for the first day. Some downhill and some uphill, but constantly getting a strong headwind, slowing us down by a lot. We had a very strong headwind almost the whole day of our ride, making us riding only 80km before reaching a campsite. Nancy told me she cant take it anymore and need a rest. We then found a very nice spot to camp. It was almost sunset so we camped in the desert. Very nice view, surrounded by mountains but very strong wind, making it hard to camp. We had no other choice and it was very hard to setup the tent… wind was so strong. We were at the highest point since we reached Xinjiang province few days ago, its some 1600m altitute here at our campsite. Climbed some 500m altitute today, while fighting the strong headwind, gonna be a good rest tonight…. 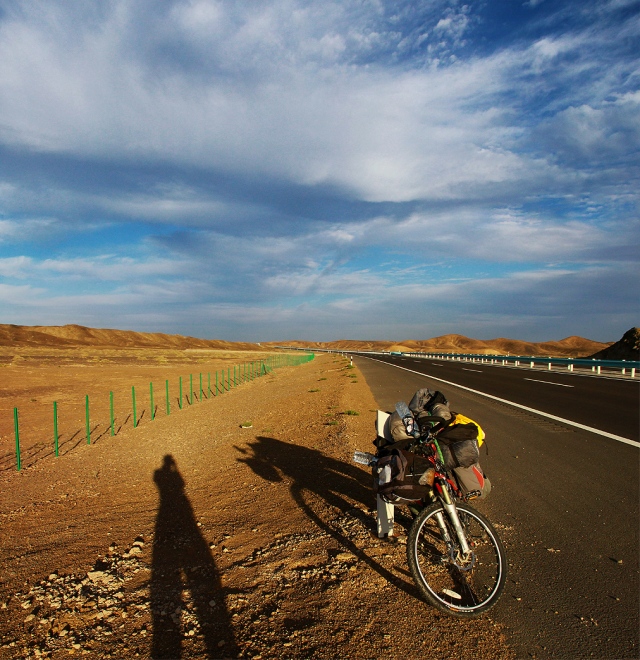 its getting darker. The ghost is approaching!

A few minutes after we done setting up our tent, some chinese tourists came to our campsite. They talked to me and found out that im a foreigner who doesnt speak good mandarin, so they talk to Nancy instead. As usual… they thought both of us are heroes, cycling for thousands of kilometers. They were very kind to us and gave us a few mineral water, some redbull, some nescafe and 3 large size nan! Ohhh… we had more food than we could eat! Nice… i dont need to cook. That night i couldnt sleep early, so i decided to watch prison break on my laptop. Hehe. Suddenly Nancy shouted at me from her camp… she told me she was afraid… because she heard a young girl screaming a few times already. I then asked her to move her tent very near mine. Few minutes later i heard it too! Twice! Kinda scary… first i heard a young girl screaming so loud from far. A few minutes later… it was the same scream but nearer to our campsite. Im not so afraid of these things anyway, so i told Nancy to take it easy, while i continue watching prison break. Well, a friend of mine (Ismail) heard a girl crying in the middle of a desert in Dunhuang, some 5 years ago when he traveled China. He was camping too in the middle of the desert that time. It cant be the wind… impossible! It was really a girl shouting…. 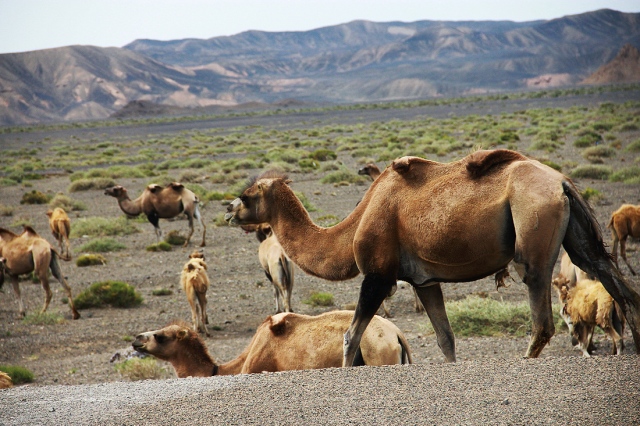 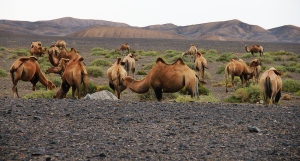 Without thinking too much of the ghost, i went to sleep right after finish watching prison break. I was too tired to think about any ghost. I slept so well and woke up some 7 am the next morning. As usual i wanna watch the morning view and have my coffee. When i came out from my tent, i was like “Wow!”, our campsite was surrounded by camels… so many of them! I feel like im in a field of Africa, except that this time im surrounded by camels, not zebra or lions. I then went back to my tent, grabbed my camera and start…. snapping!!!! It was at least 100 of them. Maybe they surrounded our tent because they were looking for food. Then Nancy came out from her tent… and she was screaming, exciting when she saw those camels. The camels then started to move away from us. 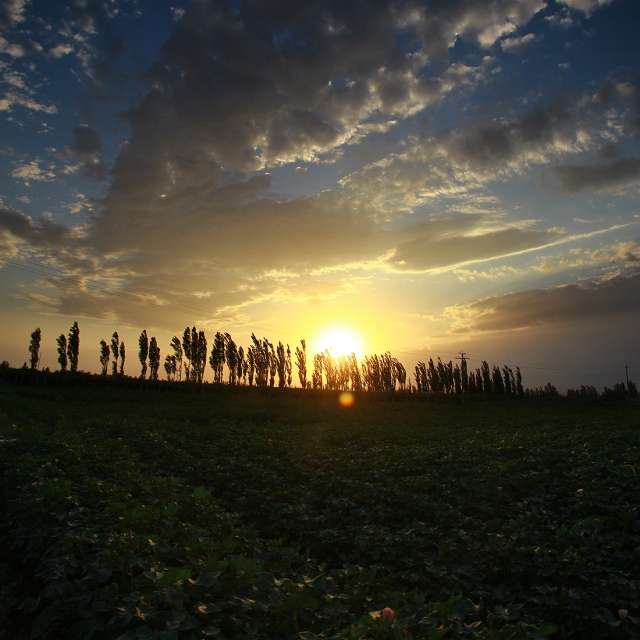 We were lazy today, and we packed our stuff very slowly. After done with breakfast and packing, we started to ride at around 10. The first 50km is tough. Its flatland, but still, fighting the strong headwind again!… made the ride so hard. Took us 4 hours to complete the 50km! I then cycled at my own speed and left Nancy behind. Stopped at some point and waited an hour for her. When she arrived, she told me that shes very tired. So i said okay, we cycle some 20km more then we camp again. So i told her to take a rest for a while and i continue to cycle another 20km. After only a few meters of cycling, suddenly the road is going down, and magically, a fine tailwind started to blow me, pushing me fast! After an hour of cycling, i covered easily 40km, and the altitude is down to 900m from 1600m. Ohhh… this is so good. I kept on cycling another hour, and covered easily another 30km. 70km in 2 hours mmm… then i think we might just as well catch the next town, Qiketai, its only 10km away. I then waited for Nancy 10km before the town. We then took dinner and cycled another 10km before reaching a guesthouse in Qiketai. We rode 130km today and it was easy for the last 80km thanks to the tailwind and the fine downhill. We are now sitting as low as 600m altitude in Qiketai. 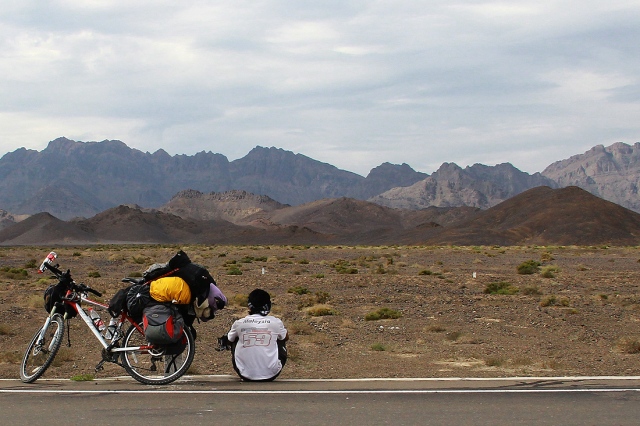 taking a rest here after a tough 50km of cycling, waiting for Nancy

← A Lazy Day in an Unknown Town
Turpan… just another tourist spot… :( →

9 Comments on “Ghost and Camels…”