A 90km ride to Turpan was supposed to be easy. Because Shanshan is some 700m altitude and Turpan is below sea level. But the last night i was in shanshan, i ate too much. Uighur food is so similar to our malay food… i ate some very delicious rice with chicken curry. Ate too much and it was late at night. The next morning i didnt feel good, but i rode to Turpan anyway. After 50km cycling, i stopped by a shop to have a cold drink. Right after i finished the ice tea, i vomited few times. I didnt feel good then, and the next 40km ride to Turpan was very slow and tough under the hot sun for me. I couldnt stop since there was nothing in between and it was very hot. So i need to get to Turpan fast to get a good rest and shelter from the strong fierce sun. 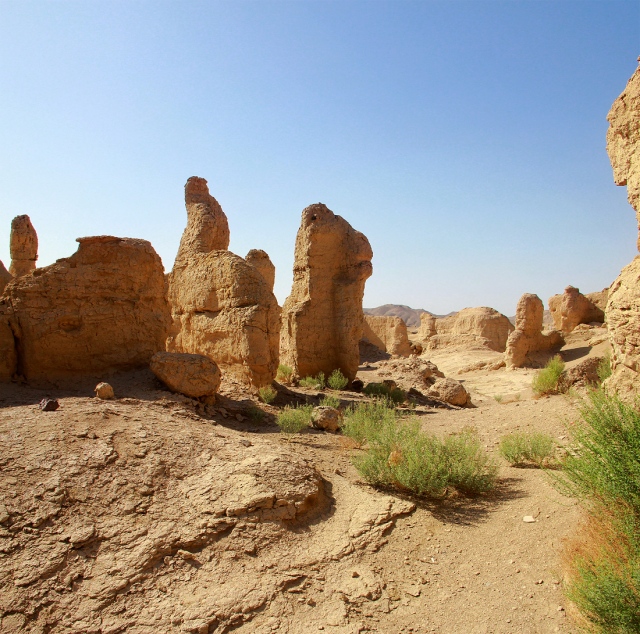 Turpan…. is a small city which is the second lowest place on earth after the Dead Sea, sitting at 165m below the sea level and is just another tourist spot. Its 1 of the top tourist destination in China. I dont really fancy this. I never consider myself as a tourist. Im more of a traveler. I usually dodge tourist places because its all fake. When I went to Jiaohe Ruins, an ancient city very near Turpan, I saw 2 very beautiful Uighur girls dressed with a unique traditional Uighur costumes. I then asked them if i could snap their photos. They say yes, no problem but i have to pay 10 yuan. I then felt stupid, i should have known that they dressed that for the money. So i started to think, that its just plain fake. All the tourist spots here are flooded with tourists. Theyre rude, dont know how to queue properly, shouting all the time, i then didnt stay long in these places since i dont want to get stucked among them.

I went to a famous Afghan style tower, Emin Minaret, 3km west of Turpan city, also another sad case. They told me i need to pay 300 yuan to get in. Uhh… 300 yuan just for few minutes to be inside that building. Forget it, i rather  go to Afghanistan to see those towers… at least theyre the real ones! So i just spent most of my time in Turpan recovering from my sickness. Eat as much as i can, try to get healthy again before another 200km tough climb to Urumqi. Well, im not fasting now actually. I decided to continue riding because i plan to celebrate Eid Ul-Fitr in Kyrgyzstan, wanna check out how the Kyrgyz muslims celebrate Hari Raya. Will pay back the fast after im done with Russia… maybe ill do it during winter in Kyrgyzstan. 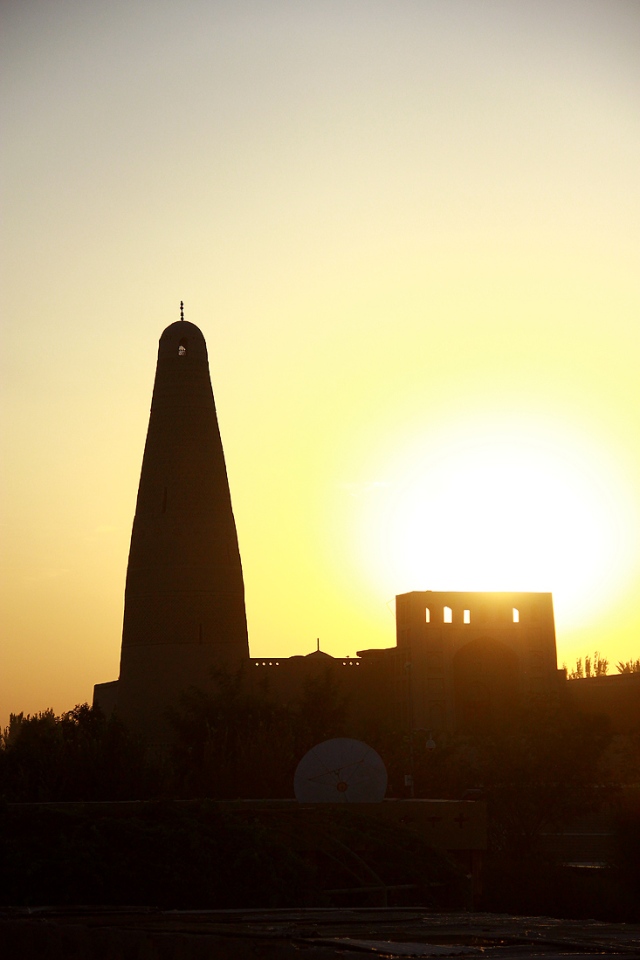 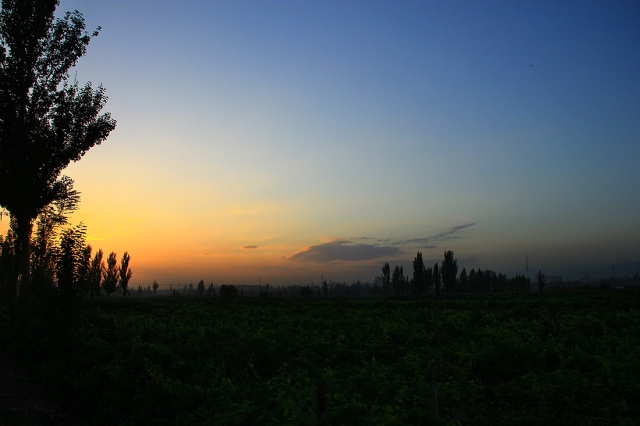 another sunset view in Uighur village