The ride to Urumqi was very very toughhh!!!! The terrain is quite flat, its a climb but only around 100m vertically for every 5km, the road is good but the wind… constantly blowing against me. Its like this northern wind doesnt want me to proceed north towards Russia! And it seems like the wind wants me to go to India! Why wind why? I even stopped riding at 1 point and start talking to the wind, “Woi dah dah la tu!”, hoping that the wind understands malay? :)

The ride from Turpan to the next available town is only some 40km away. Without bringing any food and much water, we rode to the town. The unexpected headwind really slowed us down, it took me 10 minutes to cover 1km! The 40km ride that was supposed to take less than 2 hours ended up the whole day, making me didnt eat for the whole day and became so weak. The next day was the same, i only ate a little during breakfast and after whole day fighting the strong wind, i became sick again. Didnt eat proper and ended up losing appetite to eat. When i forced myself to eat… i vomited few times. Once we reached the next town i had no more energy and decided to take another day rest before reaching Urumqi.

At 1 point while i took a rest, i met an engineer doing some work at the roadside. He started to talk to me, he speaks good english. He then started to ask me the usual questions, like where did i start my ride and where am i going bla bla bla. Then he asked me how old am i. I answered 30, well im going to be 30 in 10 days anyway :) He then said that hes 30 too and asked me what is my job. I told him i was a lecturer before, but now im jobless. He got shocked for that, and told me in China, job is very important to a man. When a man loses his job here in China, its like the end of the world. I then told him yea actually its the same everywhere nowadays, but i like to be free like a bird. His face somehow tells me that he really disagree with me and looking down on me. Well hehe thats to be expected. We are at the same age, but hes look much older, like someones father. Uhh.. i guess he must have kids then. 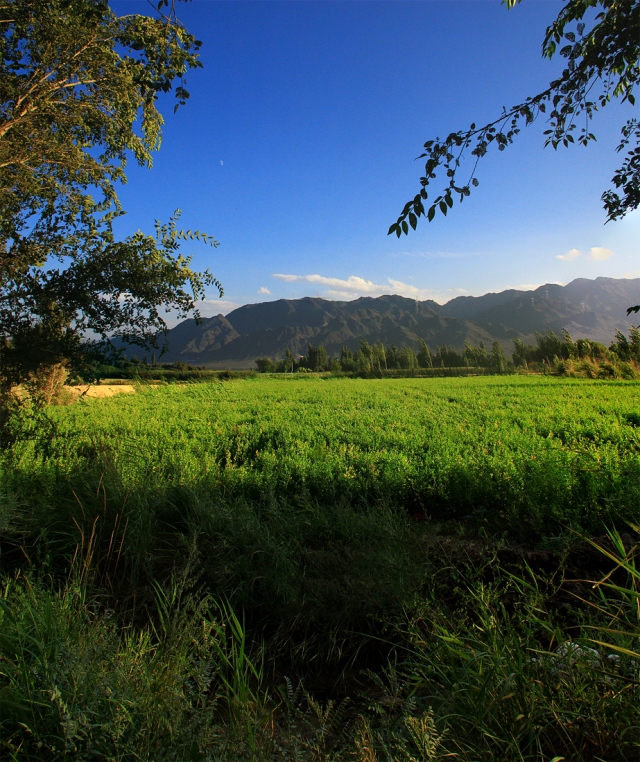 I dont know, after that conversation, while i continue resting and enjoying the scenery, i started to get emotional. Hmm… i have the freedom, free like a bird, but im nothing compared to him. I assume he has a family, probably good salary, a house, car etc. Me… the most expensive thing that i posses now is my bicycle, followed by my camera, tent, sleeping bag, toiletries, clothes and LITTLE money inside my bank account. My friends back home, most have stable jobs, some have kids, uhh… some even have 3 kids already hehe. Some, 3-4 years younger than me, also already have kids, and look much older. Well im not complaining, each soul in this world is unique. I understand that… just that when u choose 1, u will lose another.

5 Comments on “Uhh This Naughty Headwind!!”