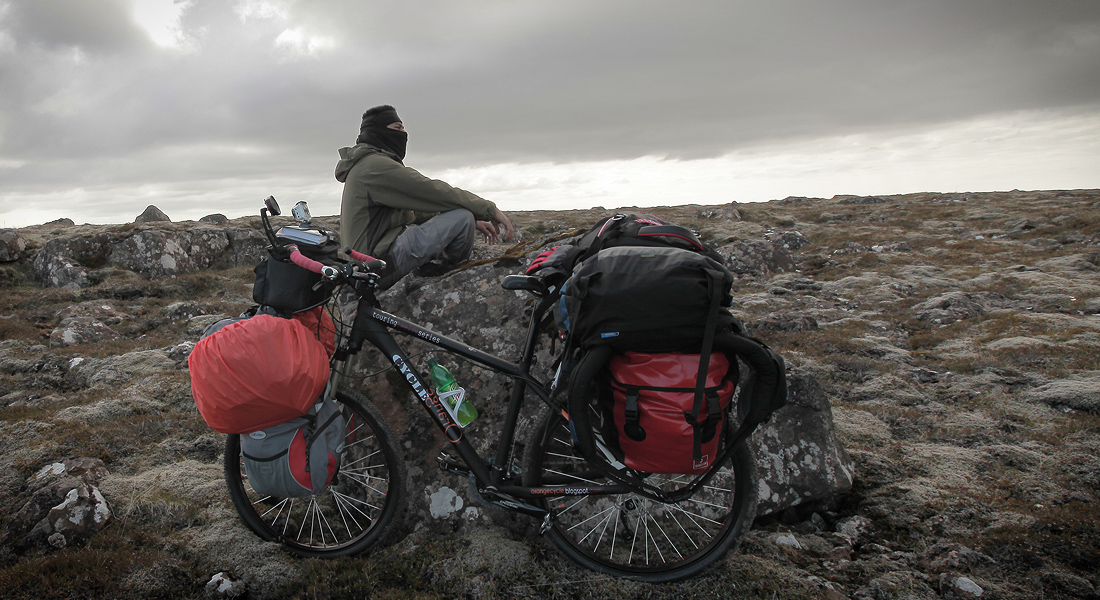 The long flight from Kuala Lumpur to Keflavik, Iceland was very tiring. It took me 13 hours of journey from KL to London. Stucked for 9 hours in London Airport because the flight to Iceland was delayed. I was starving, weak and tired, I had no other choice but to exchange 12 pounds (around 60 ringgit) for a burger in a restaurant inside London Airport!

view of the Icelandic sky, it was around 2.45am!

Finally after 3 hours of flight from London to Keflavik, Iceland, I arrived my final destination at 3 am. Suprising, it was as bright as a day. My eyes fixed at the window during the touchdown, watching in detail every single object my eyes could catch. It is a small airport with not many people, making it easier for me during checkout process. I was extremely tired when I reached Keflavik Airport. When I got all my stuff, I quickly went out of the building and start assembling my bicycle. It was my first hour in Iceland and I already experiencing the Midnight Sun. It is a phenomena where the sun never sets for the whole of summer. This happens in countries that touch the Arctic Circle and beyond, and also the Antartic Circle and beyond. I really took my own sweet time assembling my bicycle. I already made an arrangement via couchsurfing to a local Icelander who stays near the airport to stay in his house. But it was in the middle of the night so I decided to cycle to a nearby guesthouse and take a rest. 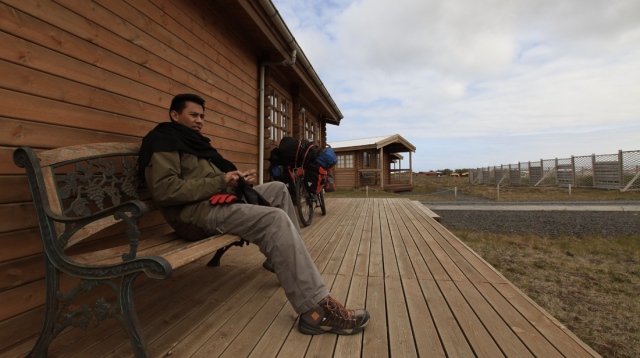 chilling outside my guesthouse near the airport

Iceland is among the most expensive country in Europe, and probably the world. The cheapest room I got was 6900 Icelandic kronos (around 180 ringgit) and the food and drinks here are double the price compared to us in Malaysia. As for now I have no other choice but to pay for it. I really need to get all the stuff I need in Reykjavik and quickly get into the wild so that I can save my money. At around noon, I finally contacted my friend here in Iceland, and cycle straight to his house. It was a very short ride of 15 kilometers and I already witness the beautiful landscape of the land of fire and ice! Its mostly black rocks here with black sands, I can see smoke here and there from the volcano craters, making me feel like I’m riding on the moon. 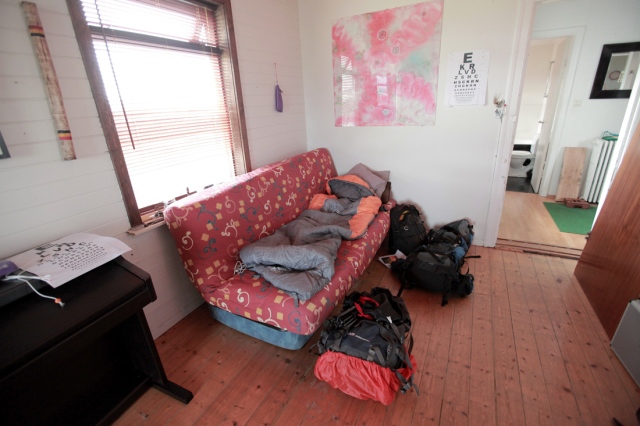 slept here for a night, in Gumie’s house 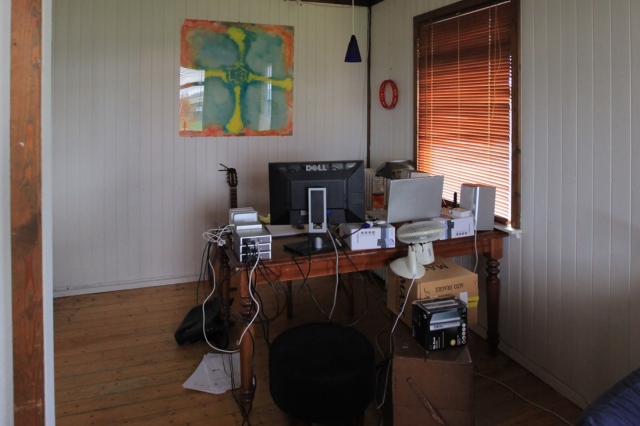 When I arrived at my friend’s house, he was already waiting for me outside. His name is Gudmundur Jonas Haraldsson, but I just call him Gumie. Very nice guy, he really gave me a good first impression of Icelandic hospitality. Surprising, we are working in the same field. He’s a film-maker as well, focusing in directing/acting. We had a long conversation and even wished that we can work on a project together one day since my specialty is in post production/vfx and animation and him in acting. Just like me, he also worked mainly from his house. A small and old house but very peaceful, reminded me of my studying days in New Zealand. Only about 20 meters behind his house, the majestic North Atlantic Sea. The environment in his house is very quiet, safe and peaceful. I had some trouble sleeping here though. The sun never sets, its very bright even during midnight. I need to get used to this. I slept for a while, around 2 hours and woke up just a few minutes before midnight. When I realized it was almost midnight, I quickly went outside with my camera to capture the Midnight Sun!

The magical light during midnight, its the Midnight Sun! This was taken at 12 am sharp!!

17 Comments on “Iceland: The First Impression!”