Hard time in the Westfjords!

Things got tough for me after the last town I stayed in Stykkisholmur. When I was packing my bicycle, getting ready to go, I realized that my rear rack was broken! And I lost the screw that attaches the rack to the bicycle. And the biggest mistake I made was I didn’t have any extra screws! So careless of me! I went and asked around, sadly there were no bicycle shop here and not even any welder that can help me out. The next available town is Isafjordur, hundreds of kilometers away through the remote areas in the mountains of the Westfjords. In between its only mountains and fjords, nothing else!

In desperate, I took a ferry to the fjords. It was a really good experience taking the ferry for the first time, well minus the one crossing to Langkawi from Kuala Kedah I did years ago :) I felt like Jack Sparrow while I was standing in the ferry watching the vast Atlantic Ocean. Im not too sure if the ferry ride is expensive, but it is around RM80 our currency. The journey on the ferry took 3 hours to get to the fjord. Once I arrived the fjord, I was shocked, it was nothing more than a ferry terminal. The name of the terminal is Brjanslaekur, which is surrounded by mountains in the middle of nowhere. Desperately, I cycled 6 km to the east heading to a petrol station. Again, it was nothing more than a petrol station, a small wooden hotel and a campsite. I asked the locals there and they told me I need to cycle 70km ahead to a village called Pingeyri, through the mountains with bad gravel roads! And I need to climb 2 mountains, as huge as those in Tibet, only different is that the altitude never reach 1000 meters. I then went to the campsite and pitch my tent. There is no need to be worried when in this situation, the negative energy will only consume my strength, won’t do me any good. So I just calmed myself and went to sleep early, need to recharge all the energy I needed to climb to the 2 mountain pass before getting to the village.

the ferry leaving west iceland into the westfjords

The next morning, while in desperation, I made my own rope using lots, lots of tall grass here. Spent an hour making a few ropes, making sure its all really tight so that its strong enough to hold my rear luggage which is around 40kg through the bad bumpy roads. I made 6 ropes altogether, using 3 ropes as a substitute of the missing screw at one time, another 3 for backup. Theres nothing more I can do rather than putting all my trusts with these ropes, looking at them while whispering to myself, “Bismillah” in Arabic which basically means I do this all in the name of God, turned my head up and started cycling. This kind of situation teaches me to be bold, to be confident on my own judgement. I just need to do my very best from every point in solving problems, the result is none of my business, its up to god to decide.

I struggled for hours to get to the first mountain pass. Kept my head down, pedaled very slowly on my way up. This climb really reminds me of riding in Tibet years ago. I stopped for 5 minutes for every 20 minutes of climb. After every stop, my body got weaker, I climbed slower. The mountain pass seems unreachable. After a while I took a long stop, took a ½ hour break for lunch. I ate all I can and drink the mountain water from the stream. I then spent all the energy left on me to finish the climb, to get to the top of the mountain. Once I reached the mountain pass, I felt like a champion! I stopped there a while to enjoy the view from the highpoint and suddenly a bus came by. The bus stopped right in front of me and there were many tourists came out from the bus. Everyone were cheering at me, surrounded me and snapping my photos! I felt so good! Few minutes before I was all alone struggling and now I was surrounded by curious tourists cheering at me and asking me so many questions. Most of them are from Germany, weird thing that I met so many Germans here in Iceland. I met one or two Americans, French and many others but 90% I met were Germans.

came across countless waterfalls on my way up to the mountainpass!

After I was done with the “photo session”, hehehe, I rode down slowly and carefully from the mountain pass, hoping that the ropes that hold my rear rack wont get broken. After an hour flying down through the wind, I finally back at the coast and rode flat for another 20km. I had to cross one more mountain pass before getting to the village. When I came across the second mountain, I had no more energy fight with the gravity, so I climbed for another 2km before finding a place to camp. I camped near a stream so that its easier for me to get water supply for drinking and washing. The water was too cold and my legs were cramped when I washed my feet but what do I care, Im going to sleep anyway.

The next day I quickly got up early in the morning to conquer the last mountain pass before getting to the village. It was only around 8km more to climb so I was a bit relieved. When I almost reached the top, the 3 ropes that held my rear rack were broken. Finally! So I used the other 3 substitute ropes to hold the rack. After I reached the mountain pass, I saw the village from afar. I felt good, no more climbing. I will be flying down all the way without need to pedal for the last 12km to the village! 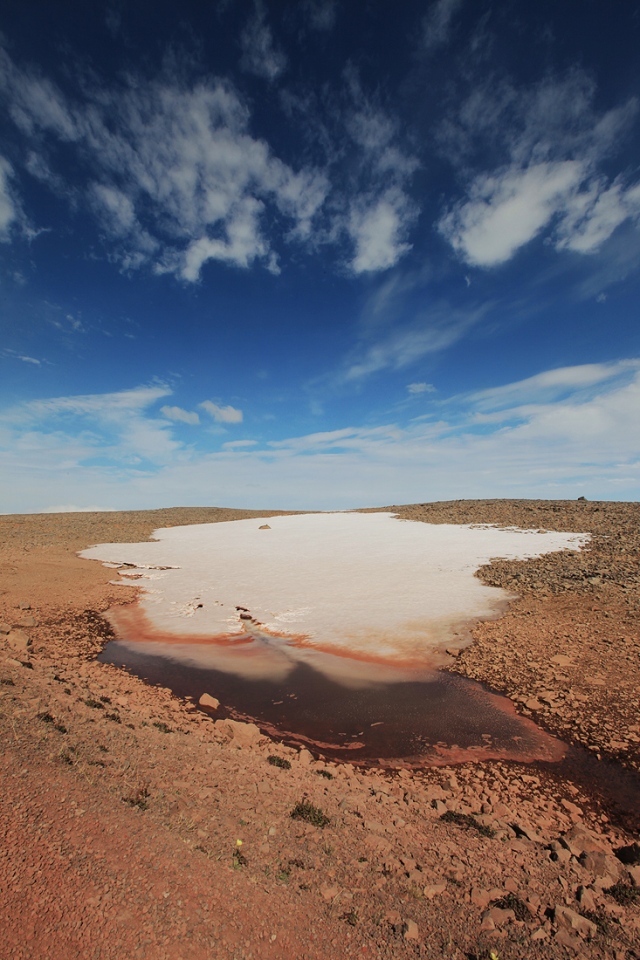 All the pain ended when I reached the small peaceful village called Pingeyri. It’s a small village populated by mostly fisherman and the population here is only around 300 people. I reached an old looking house and it was written guesthouse. I knocked on the door but there were nobody there. I then saw a phone number written there, took my cellphone out and ring the number. A guy picked up the call and told me to wait there while hes coming from his house nearby. When he came, he showed me around the place and it seems that no other tourists came here. Im the only one! I felt so good when he gave me a very special discount, only for me, since Im a lonely cyclist coming from far away from different continent leaving my beloved family and friends. He let me stayed alone and used all the facility in the whole house with a price of a dorm! Somehow I feel that when you are traveling alone on a bicycle, local people are very nice at you. They can’t help but smile at you. And all you need to do is smile back. I received great hospitality since I’ve been traveling on a bicycle, even on my previous journey crossing Asia. I still remember how the Chinese people treated me so well when I crossed China 2 years ago, giving me food, restaurant owners let me eat for free, local people let me stay in their house, washed my clothes, showed me directions and many more. And right now at this moment, I received great hospitality from the Icelanders. Plus I feel very safe here, my bicycle is unlocked most of the time and I can leave my camera outside at night to capture the magical light.

my bicycle with the broken rear rack!

The next day I went to a car workshop to get my rear rack fixed. Thank god there was a welder who is willing to help me out. He looks like those Christian Crusaders in the movie Kingdom of Heaven (no kidding!) but yea, hes a Viking by blood anyway. He was very nice to me, took my rear rack, inspected it and went inside to repair it. Only after a few minutes, he came out and put it back on my bike. I felt so relieved that my rack is repaired. Now, I will take a good rest in this town after crossing 2 mountain pass.

gravel road all the way but its not bad at all! 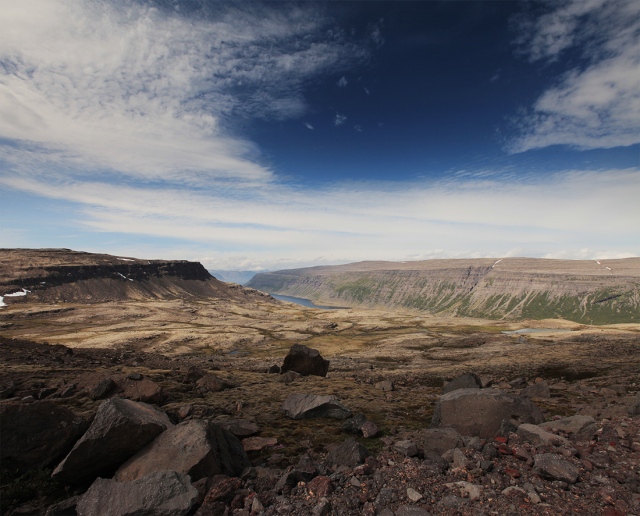 the view of the majestic Icelandic fjords!

← Leaving West Iceland…
Isafjordur, a small town in the middle of nowhere! →

13 Comments on “Hard time in the Westfjords!”