Leaving Tarbert was difficult at first. Since the weather was bad again, I plan to finish the ride in Harris & Lewis Island only within a day and take the ferry back to the mainland. I left Tarbert early in the morning, when the weather was really bad. It was raining heavily and the headwind was blowing wildly. The first hour of my ride was hell! The headwind was very very strong, slowing me down by a lot and it was very painful when the raindrops hit my face. I use too much of my energy fighting this headwind, only after an hour of ride, I became really tired. There was a big climb just outside Tarbert, making me even slower. The wind was too strong until I felt like I was almost blown away by its powerful force. It’s the same feeling when I faced the sandstorm in the Taklamakan Desert, its just that I was surrounded by sand back then in the Chinese desert, here its the powerful raindrops.

But after a while, the road finally turned northeast, and the same headwind that made me struggle, turned to be tailwind, blowing me fast towards Stornoway! It was a very strong tailwind and I was riding really fast, I didn’t even realize that there were many other big climbs because all the climbs became so easy. At some point, I don’t even need to pedal going uphill. I arrived Stornoway very early, only 3 hours covering 40 miles of ride, which is around 65km. People here in the UK use miles instead of kilometres. There were no ferry back to the mainland of Scotland that day and I was wet all over and shivering, so I decided to stay under the roof of a guesthouse rather than camping. My tent, my sleeping bag all got wet even though it was carefully covered with rainproof materials due to the very heavy rain. It was a very nice hostel, I was the only guy staying there that night!

Early the next day, 2 travelers came in, a Brazilian and a Swiss. They were solo travellers but they met in Edinburgh and been traveling around Scotland by car together since then. So they asked me to join them to travel around the island with their car since it was only 2 of them. I agreed and for the first time in Scotland, I travel with a car. We were talking about many things in the car and I especially ask the Brazilian girl about the life in South America, in Brazil particularly since South America is always my dream continent. We kept talking until we ignored all the scenery around the island. And only after a few minutes, we reached the Callanish stones, one of the oldest stone, dating back some 5000 years ago. Its one of the most complete stone circles here in Britain and its even older the Stonehenge in England. The weather here is really unpredictable. It was cloudy at first, then rain for 5 minutes, and suddenly, theres sunshine! And again, it rained a few minutes later again. 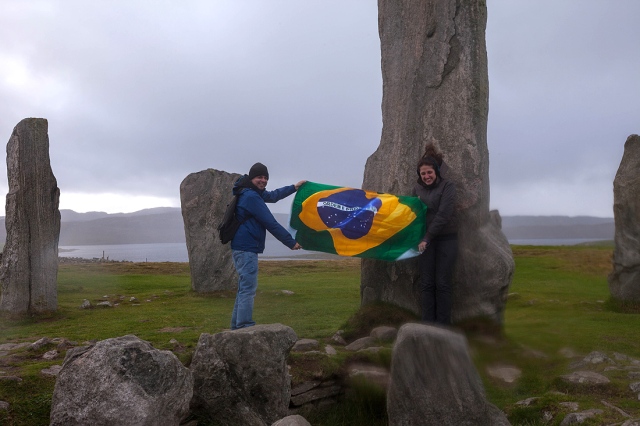 After that we went to the famous white sand beach in the western part of the island. Its beautiful but the weather turned everything grey, everything became black and white. We didn’t stay long there since the weather didn’t cooperate and it was getting darker anyway. So we went back to our guesthouse in Stornoway. I felt so different since this is my first time traveling by car, it feels very easy, you can travel to 2-3 places in 1 day so easily, while cycling will take 2-3 days to visit each of these places. But one thing for sure, I lost the connection in between. I didn’t feel the connection between Stornoway and the standing Callanish Stones, because we were fast on a car and we were talking and listening to the music, ignoring most of the landscape in between. But when I cycle, I pass one hill to another in a very slow phased, giving me time to observe in very detail the connection between one place to another. 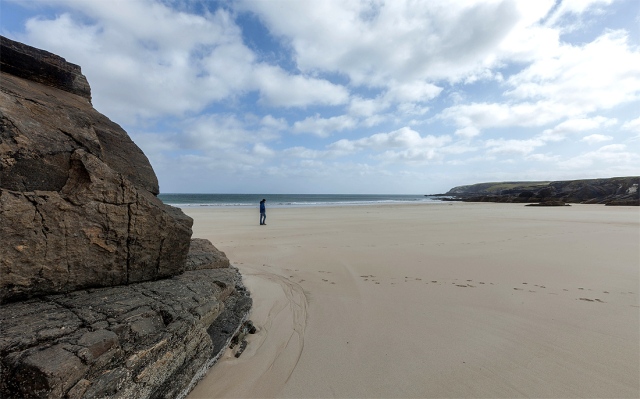 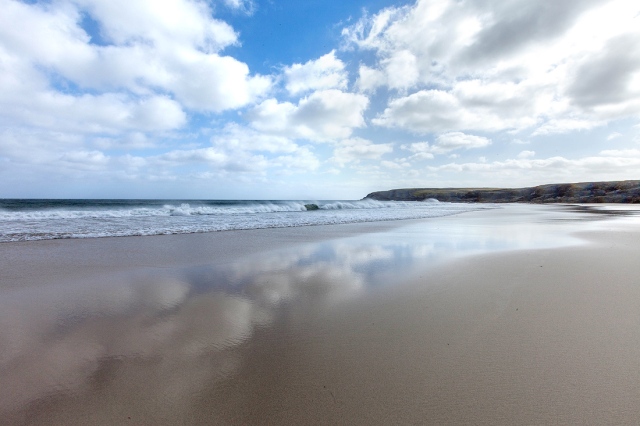 The next day I decided to stay another day there, since they want to explore the north part of the island and we plan to take the ferry back to the mainland together. So all 3 of us drove to the very north of Lewis Island, called the Butt of Lewis! Hehe… It was verrrryyy windy there, we had hard time to talk to each other even though we walked side by side, since the wind was too strong and we heard nothing but the screaming angry wind. We were questioning, what did this Lewis eat in the morning? Probably too much egg that made his butt so windy? Local people here in Lewis Island told us that, theyre so used to the strong wind here and even said that if one day the wind stops blowing, the people here will lose their balance and fall. Hehe… that was a good one.

And the next day, finally we took the ferry together back to the mainland to a village called Ullapool. We then finally split, they drove south back towards Glasgow and I stayed a night in a hostel in Ullapool since it was late in the evening and planning to head north of Scotland the next morning. And of course, we exchange contacts as usual, hoping that we all will meet again someday, somewhere in other parts of the world. 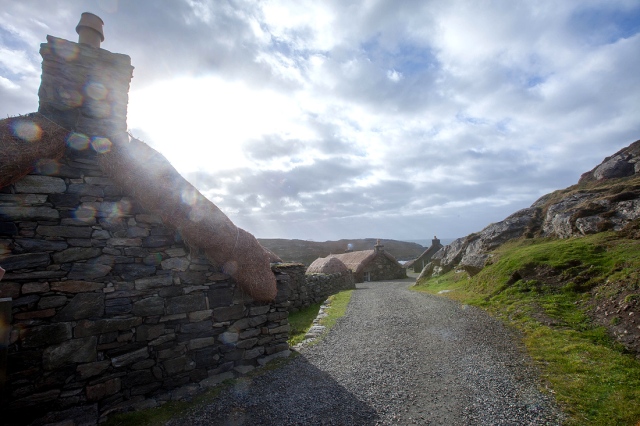 ← When The Sun Starts Shining…
Riding Under the Shadows of the Northern Mountains! →

3 Comments on “Exploring The Western Island”