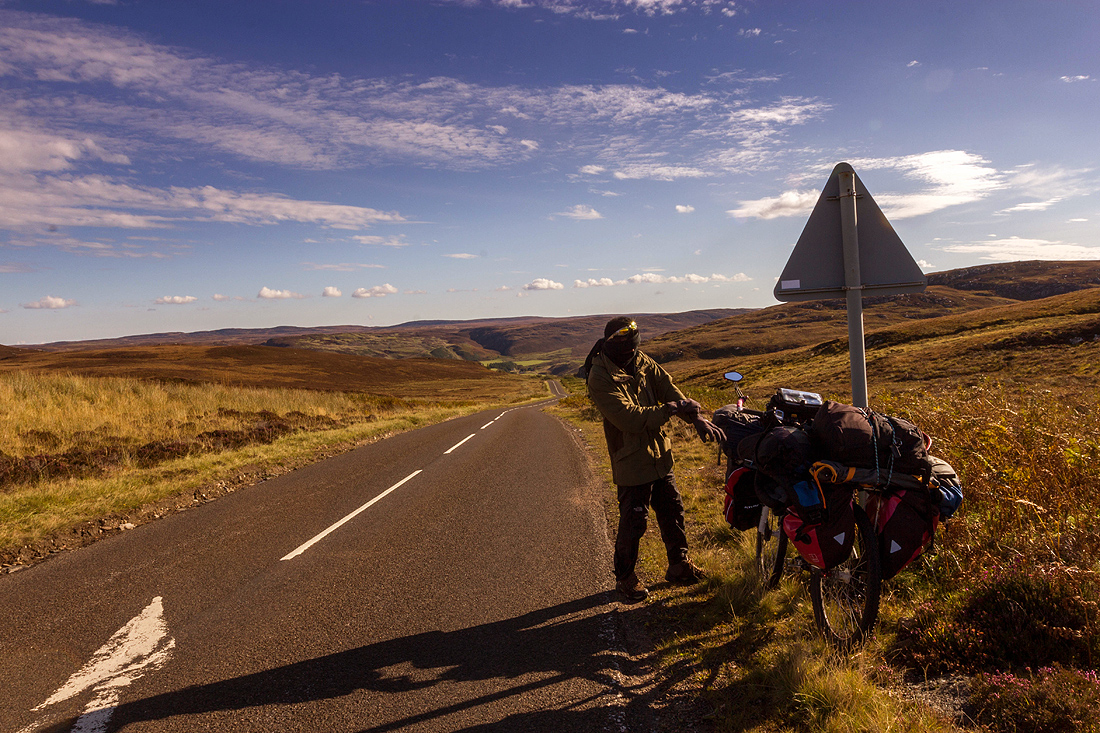 After spending a day exploring the magical landscape in the Kyle of Tongue, we (me & Lucie) decided to get to Thurso, a true town with facilities here in the north and also the gate to the northern islands of Scotland, which are Orkney and Shetlands. We then travelled on our own ways getting to the same direction, I cycled and she hitchhiked. Hitchhiking is easy for a woman, since woman get pickups easier compared to male hitchhikers. So she was still sleeping when I put both my hands at my bike’s handlebar. I left around 8 in the morning and the weather was lovely. Riding under the sunshine is always a pleasure here in the cold northern countries. There were many big climbs even right after I left Tongue and it never ends. Everytime after a big climb, the road goes downhill again almost to a sea level and it goes up again, steep, forcing me to have another slow progress. But I don’t mind that at all as long as I have a lovely weather. 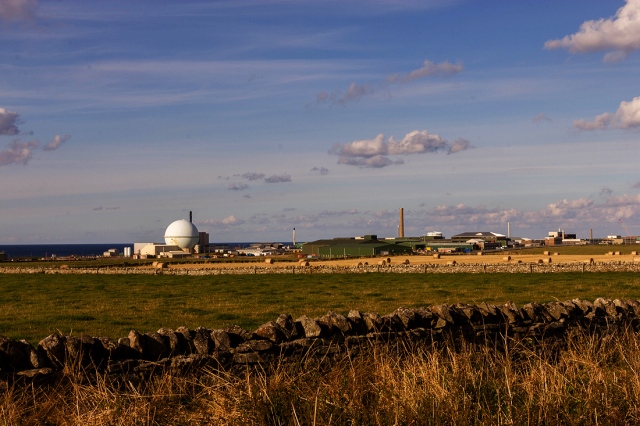 one of the earliest nuclear powerplant in the world! between Tongue and Thurso

I stopped at a small village called Bettyhill for lunch break and that’s where I met Lucie again. She hitchhiked here and will get another to let her to ride all the way to Thurso. So we had a simple lunch together before moving on. While I was riding peacefully, there were a group of cyclists passed by me. They were on racing bicycles! We had a short conversation, they cycled from south of England for 11 days covering 1100 miles to raise money for charity. There were about 80 of them! They are targeting to raise 100000 pounds and currently raised some 75k already! They were amazed to see me traveling around the world with my bicycle and wanted to meet me in Thurso because they want to have an interview session with me. But sadly I didn’t meet them in Thurso. I was slowed down a lot the last few hours due to strong headwind coming from the North Sea. I reached Thurso late and didn’t meet them. I saw a nice campsite upon reaching Thurso but it was too cold to camp that night. I couldn’t stand the cold anymore. Then I received an SMS from Lucie, telling me to get into the hostel shes staying in for the night. Again I attracted everyone in the hostel and I shared the room together with Lucie and a cyclist from England who cycled alone here from Kyle of Lochalsh for a week. 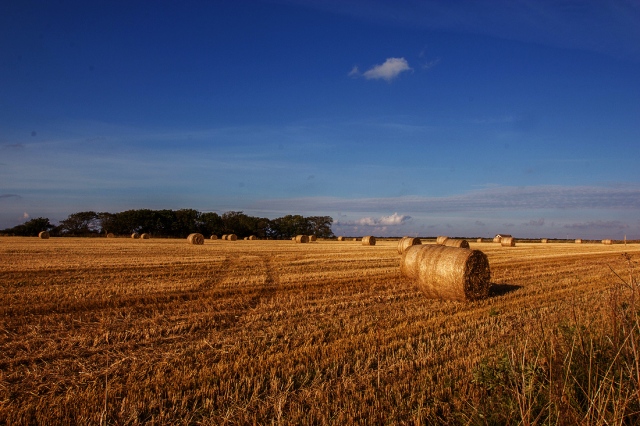 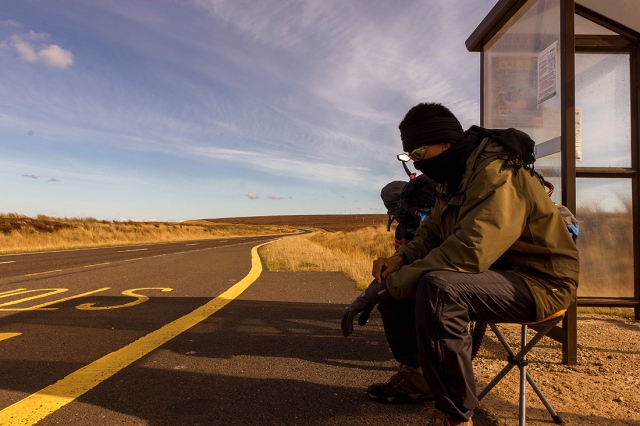 There we meet another crazy guy, a Japanese surfer, Hiroshi, who travel around the world just to find the perfect wave. He plan to get to Iceland after Scotland and I gave him some tips on where to go in Iceland since he will spend only 5 days there in Iceland. He has been to our land and can be able to speak a bit of Malay language, hehe funny to hear a Japanese trying to speak Malay. The owner of the hostel is married to a Thai woman! She wanted to cook Thai food for me but too bad I was leaving to Orkney Island that day… 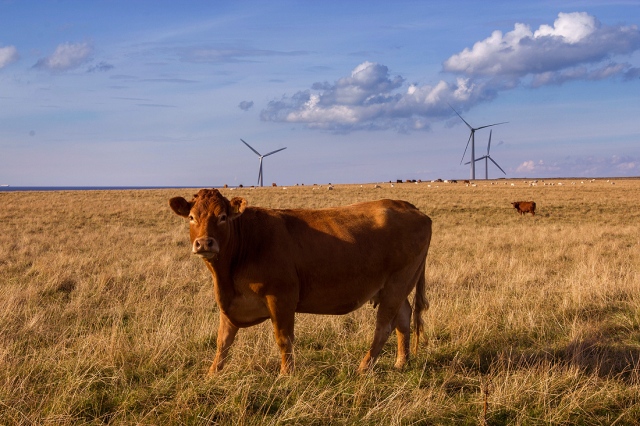 The next day, the 3 of us, a hitchhiker, a surfer and a cyclist, travel together and get the ferry to Orkney. One magic about traveling solo, when you meet another solo traveller, even though we just meet and get to know each other for a day, we trust each other just like our family. We team up to move from a place to another, protect each other’s belongings and even share our food and eat together. When we reached Orkney, both Hiroshi and Lucie hitchhike to get to a town called Kirkwall and I cycled. Even tho it was only 17 miles (~30km) but it took me 2 hours of struggling. The headwind was really strong! I was moving just a bit faster than the normal walking speed. When I reached Kirkwall, I had no more energy left. Stayed in a cheap hostel there and our group became bigger when we met Constantine from Germany and Christophe from France. We had a long interesting conversation for the whole night. At first, all of us had different plans but after we discuss about where to go next, we all decided to travel together around the island and plan to get to Aberdeen together via ferry. 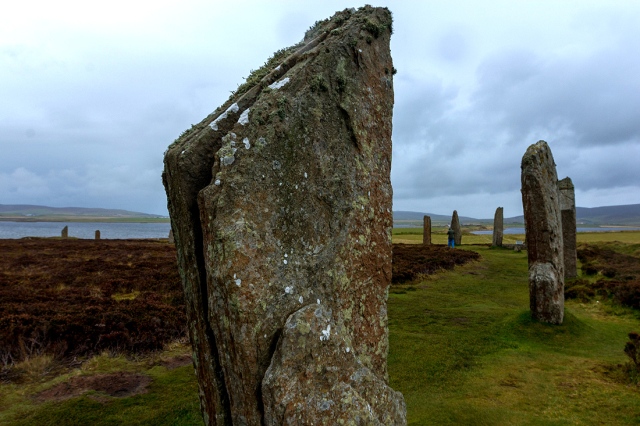 another stone here in Orkney, 5000 years old. But not as huge as the Callanish stone in Lewis Island i saw the other day

So we all travel together, Lucie automatically became our leader, since shes the most experience hitchhiker among all of us and we all went hitchhike :) I find hitchhiking difficult and doesn’t give much freedom, since I have to depend on strangers to send me to places. It can get frustrated too when u walked for so long and no one wants to give you a lift. But it’s the cheapest way to travel! One weird thing about Orkney is, they have their own flag and its very similar to Norwegian flag. The Scottish has been telling me that people here in Orkney are more like the Scandinavian rather than Scottish themselves. It feels more like in Norway rather than Scotland. But I didn’t notice the difference, since I haven’t been to Norway in my life so I can’t tell. The next day we all get to the ferry to send us back to the mainland, to Aberdeen, the city of oil and gas here in Scotland! This was where we all finally separated. The German, the French and the Japanese took a bus to Edinburgh, Lucie get to a hostel here and I head to my friend’s house to eat our Malaysian food! But we all still will keep in touch and hope to meet each other again in the future. Lucie will still be here in Scotland so I guess we can still meet up with each other. 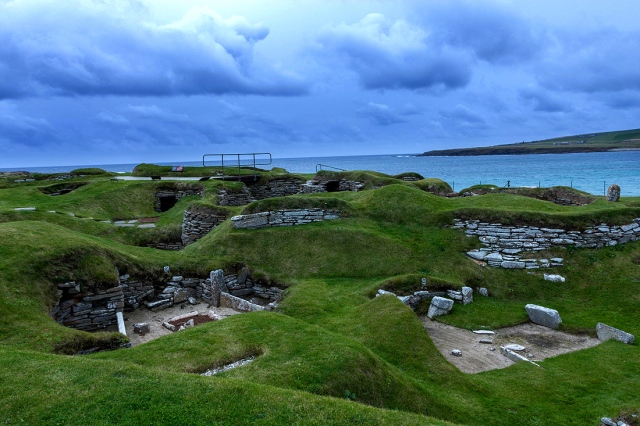 home of one of the earliest civilization here in Orkney 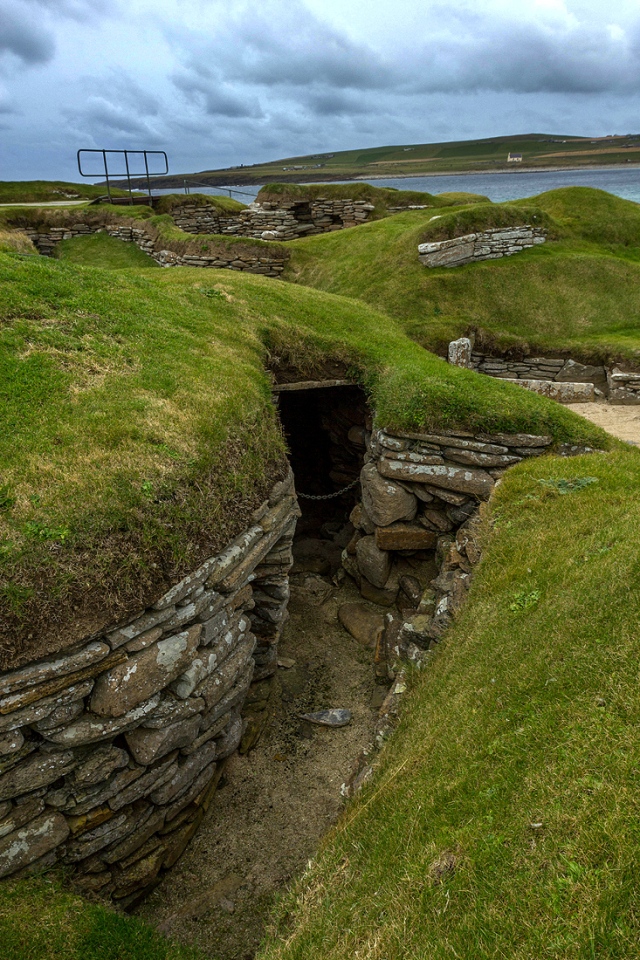 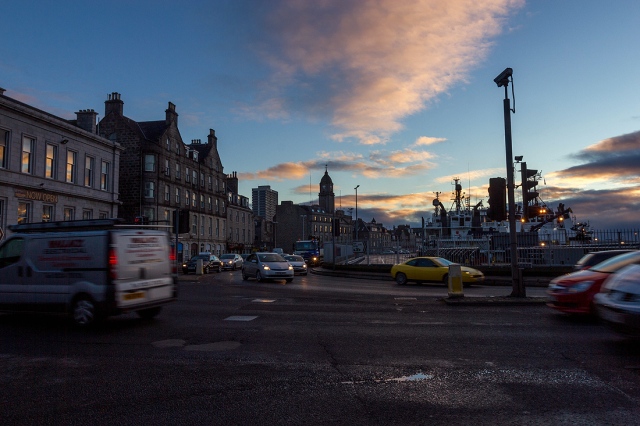 back to civilization!! Aberdeen early in the morning!

← Sleepless Nights Under The Milky Way!
The end of the ride… back to the comfort… →

8 Comments on “Heading South To Aberdeen”