After 2 days of riding from Bjorklinge through the beautiful Swedish forest, I reached a small town called Gavle. I realized that this time, time is limited for me. I only have 9 weeks left for my cycling journey in the Scandinavia and I couldn’t cover all parts in the whole Scandinavia peninsula. Im riding really slow here, only some 50-60km a day in the thick snow. I then decided to take a train from here to Umea, which covers some 500km of distance. With this, I can ride longer in the Arctic Region. Fredrik told me that nothing much between Gavle and Umea anyway, instead of only forest. So I searched for a bicycle box to transfer my bike on a train, and what a coincidence, I found an outdoor shop in Gavle which owned by a Malaysian guy! He has been living there in Sweden for 20 years now together with his whole family. And I realized he couldn’t speak good Malay anymore, and its fun to see someone speaking Malay with Swedish accent. It was cute! Hehehe…. I then jumped in the train together with my bicycle and huge luggage and it took 6 hours to get to Umea. I arrived Umea late at midnight. 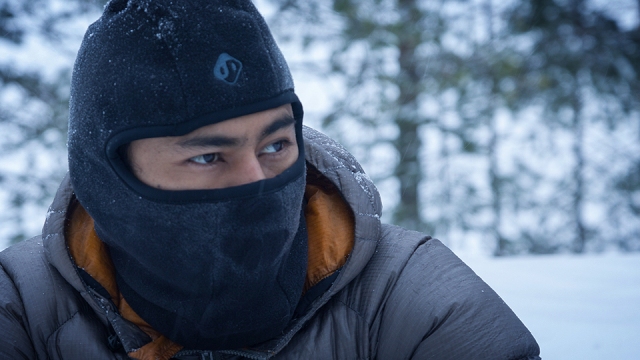 battling the cold and bad weather on my way to Gavle

Upon my arrival in Umea, I met someone who is willing to host me for a few nights, a young girl from France, named Elodie, who is currently studying in Umea University. Very nice girl, I felt thankful that she let me to stay in her place for a few days. At least I can sleep under a roof in a proper bed for a few days to keep myself warm and cover myself from the extreme weather here for a few days. The second night, while having dinner, I realized that there was something weird in the clear night sky from the window of the kitchen. I saw some green light in the sky. I wasn’t sure if it’s the northern lights, I quickly finished my dinner and pack my camera bags and quickly cycled away from the town to the dark… frozen lake nearby. I never had seen it in my entire life so that wasn’t so sure whether it is actually the Aurora Borealis. When I reached the lake, which is dark… dark enough to see any weird lights coming from the sky, I finally saw really pale green lights filled the sky… dancing slowly! “Its… its… it’s the Aurora Borealis!”, I said to myself. I was amazed… feeling really great since it was my dream…. its been long that I dreamed to see this amazing phenomena. I finally saw it with my own two eyes. The light dances in the sky proudly for a long time. I stayed in the cold for almost 2 hours watching it, ignoring the -17 celcius. At around midnight, the light suddenly turned bright, really bright and even the white snow became green, reflecting the strong green northern lights! It was the most beautiful thing I ever seen in my entire life. It stayed strong for about 20 minutes before becoming pale again. I then realized that I couldn’t breathe properly, and realized that my nose was filled with ice! It was really cold and I had to breathe with my mouth lol! My fingers were sooo painful while holding my tripod. I then quickly went back home. 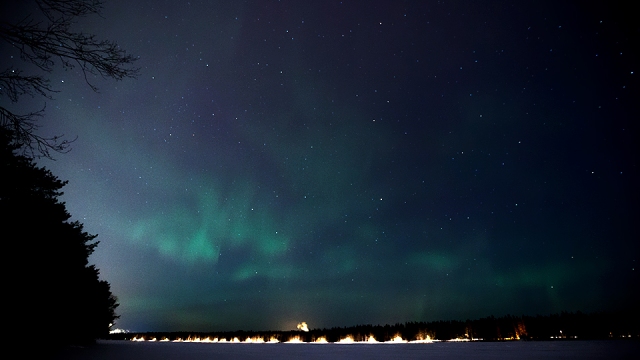 when its still pale, warming up!

magical Aurora Borealis at its peak!! 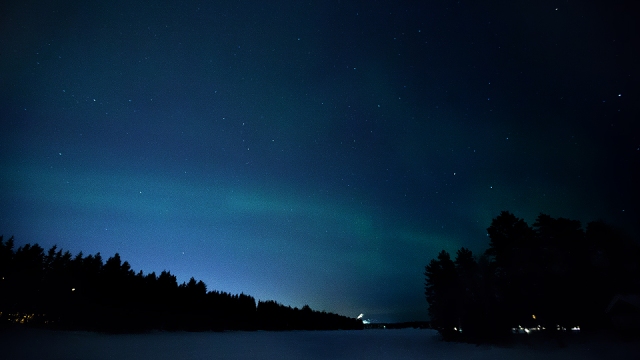 slowing down and getting pale again before disappearing for the night

I then stayed another day in Umea since the weather was really bad for me to cycle. There was a snowstorm for almost the whole day so I decided to visit the town together with Elodie. She showed me her university here in Umea and I was shocked to see the condition of the uni here in Sweden. The computer lab filled with high end computers, I wish I had all these machines with huge screen for film editing and animation. The café really looks like an expensive coffee house in a shopping mall and the library looks like a huge bookstore! She mentioned to me that the automobile design school here is the best in the world! Big companies like Volvo and others actually recruit the students from here! It was really impressive to see the university here in Umea. I also got the chance to meet Elodie’s friends, some international students from all over the world. And one of them is Ova, our sister from Indonesia! It feels good to again be able to speak my own mother tongue with her here in Sweden! She’s an exchange student and will study here for a few months before continuing her studies again in Jogja, Indonesia! I met another guy who is Swedish, Hugo, who is from Jokkmokk, far north in Sweden near Norwegian border, where I will be passing by soon. We then exchanged contacts and hopefully I can stay with his family when Im there and his cousin, who is a Sami people, can help me out with my filming project on the culture of the Sami people!

My host in Umea, Elodie, a young girl with big heart! 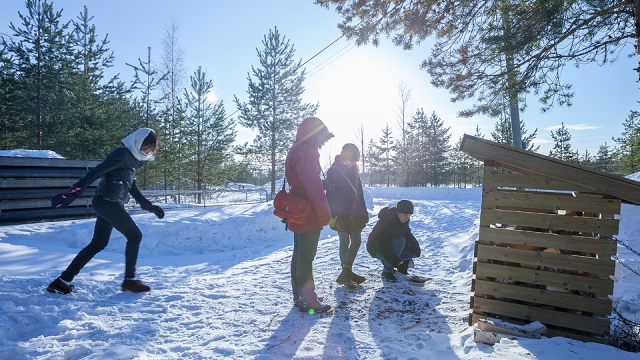 making hotdog under the sunshine in the cold! 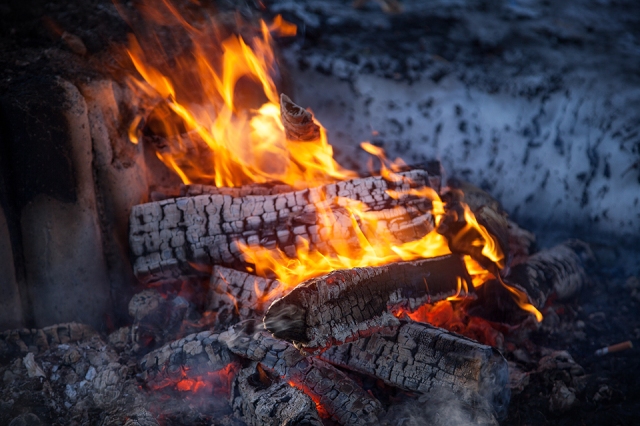 So far from my observation, people here in Sweden are reaaaaaalllyy nice! Its unbelievable! People like Karin and Fredrik for example, letting me to live in their house after meeting me for a few minutes! And Elodie, she can really trusts me, who is a total stranger to her. I mean… she can just give me her house key and went out to sleep in her friend’s house and leave me alone in her place! I guess the people here became like that because there is no crime here. Crime rate is almost none up here. I think it will take a very long time for us to be like them, to reach to this level. They can just leave the house with the door unlock and feel safe. Its something really strange to hear someone get robbed here. And I feel so thankful to Elodie for letting me to stay in her place for a few days. She has a big heart and she’s young but her kindness is like someone experience. I believe in a saying, what goes around comes around. Now she has helped this homeless traveller, maybe one day when she gets into a situation where she really needs help, someone would be there for her. God bless this young girl. 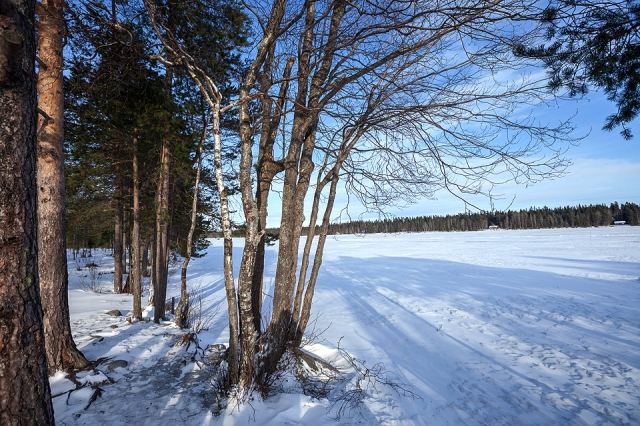 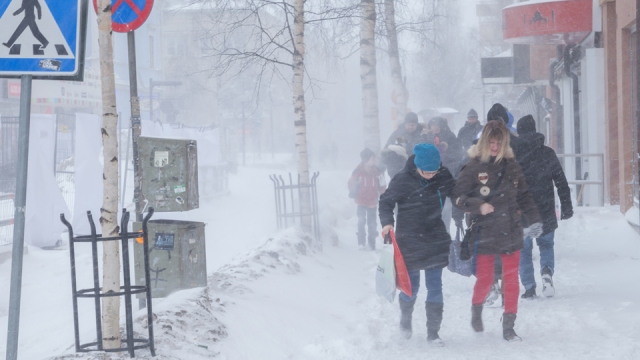 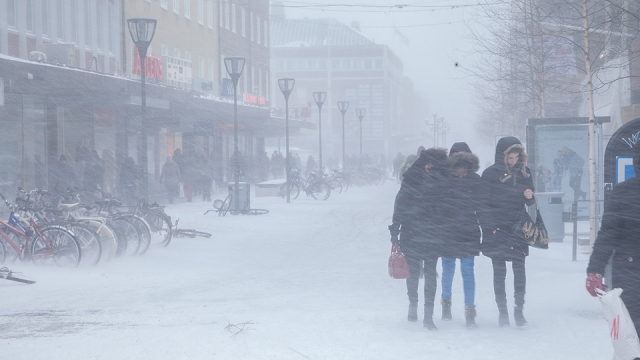 snowstorm in Umea. Forcing me to stay longer here…

← Heading North Towards Gavle
More Great People Along My Way! →

8 Comments on “The Heavenly… Unearthly… Aurora Borealis in Umea!”