My ride was slowed down a lot in Lofoten Island, not because of bad weather, bad roads or tough terrain, but I was slowed down by the warmth of its people. Since I crossed into Norway, I find everything very expensive.  There was once I found a hotel in a small village and asked if I can use the bathroom for a few minutes for a hot shower. Kinda shocked to know that the price is 150Kr (roughly 80 ringgit our money) just for a shower. I would like to keep clean and fresh sometimes but with this price, I think it’s a bad idea. Im not going to hug anyone at this point anyway, so it doesn’t really matter. There was once I stopped in a petrol station to get 2 juice drinks and 1 can of energy drink and it costs roughly 50 ringgit. With this rate, I believe that in a few weeks time I would be joining the horses to eat the grass and drink all the snow clean. The first 2 nights while I was camping in Lofoten, I was shocked to see my thermometer was reading at -15c at night here in Lofoten on April. And when I woke up the next morning, it was snowing and still quite cold, which is shocking to me since I never expect the coast can be as cold as the mountains. And its April! 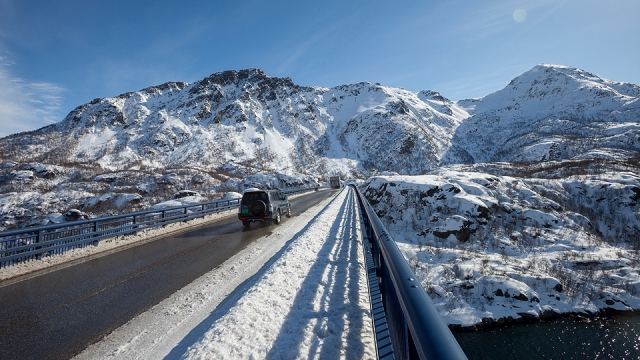 many bridges here crossing between the small islands

But since I crossed into Norway, I’m surrounded by great views, combination of fjords, mountains and the ocean. Its much more interesting here but the road is more hilly and my biggest headache is… tunnels! And this is my challenge here in Norway, there are thousands of tunnels here. I always fear riding in dark tunnels since I had some bad experience riding in total darkness through tunnels in China years ago while I was climbing the Sichuan Mountains. Its even more scary to see trucks here drive really fast, as in theyre in a F1 circuit. Everytime I rode through tunnels, my heart was beating fast, I rode fast through the tunnel hoping to see the sun and blue sky again. It is really the end of winter now and there is a big difference of temperature between day and night. It is around 5-6c during the day and when the sun is hiding, it can go down to -10c. The road is really icy and wet… and slippery. Everything will get wet… then it will all turn into ice. So once in a while I have to take my knife to scrape the ice from all over the small parts of my bicycle.

aww I hate tunnels!! Whhyyyy sooo many of em here???

There was once when I reached a junction, I found it hard to make my mind. There was still another 3 hours before sunset which means I can still ride another 40km roughly, but there is a small village 4km away if I take the junction. I was feeling cold since I was sweating so much and my bicycle needs some minor repair, so I finally took the junction and went to a small village. I wasn’t sure at first if it was the right choice, I saw a hotel which has the cheapest room at 500Kr. I kept going further to try if I can get lucky, trying to get a cheaper room for the night and a hot long shower. I then found a hostel which might be cheaper and was shocked to see the style which is sooo similar to Indonesian! I then began to think, no this must be Thailand, since I saw so many Thai women here married with Swedish or Norwegian. But when I looked closely, it is not Thai, it is really Indonesian! So I went in to try and pressed the bell. There was a Norwegian man greeted me and I politely asked how much does it cost for the cheapest room available. He said he can give me for 300Kr. I tried to bargain, I have a sleeping bag and I can sleep on the floor. And I wanted to stay for 2 nights here if I can get 200Kr. I really need a rest day. He then studied my face and asked me if Im Indonesian or Malaysian. I said Im a Malaysian traveling using a bicycle. He then told me to come in and I can stay for free! My heart was shouting in silence happily when he said that. 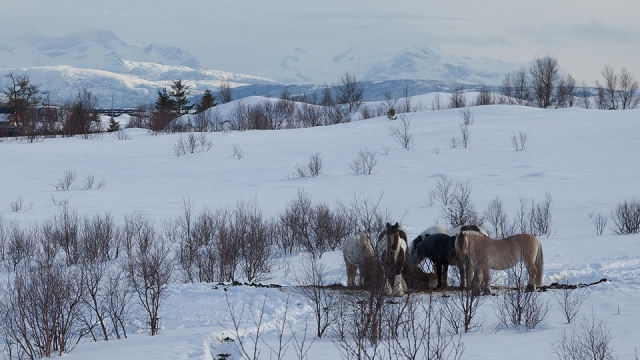 Instead of sleeping on the floor, he gave me a comfortable private room and told me to feel like home. After a good long hot shower, where I enjoyed every single drop of warm water to hit my body, he prepared food for me. He made rice and chicken for me (which is my favourite) and said if I want to eat with my hand, so that I will really feel like home back in my country. The best thing was, he even tried to speak Indonesian to me. He still remembers most words since he had been traveling a lot especially to Indonesia and sometimes to Timor Leste and Malaysia. After a long talk over the dinner, he showed me some of his traveling photos mostly in Lombok areas in Indonesia. Looking at those photos, I suddenly have this feeling that I miss home. Once in a while when I looked outside the window, it was snowing lightly outside and I saw snow mountains all over the horizon, but suddenly my mind was back in my homeland, thousands of kilometres away in the hot weather of southeast of Asia, with the green landscape of rainforest, coconut trees at the beach and even the annoying mosquitos.

the small village that I stayed a while… 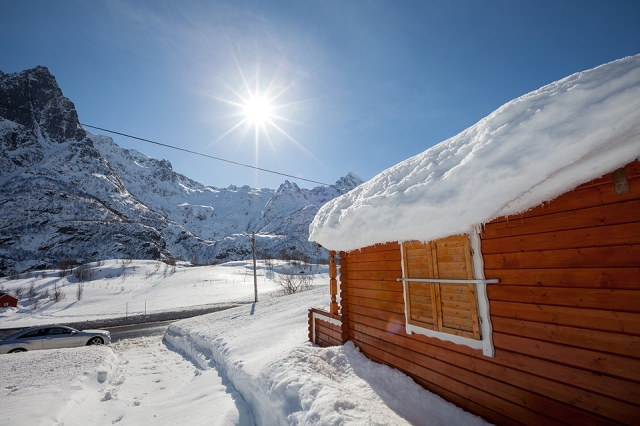 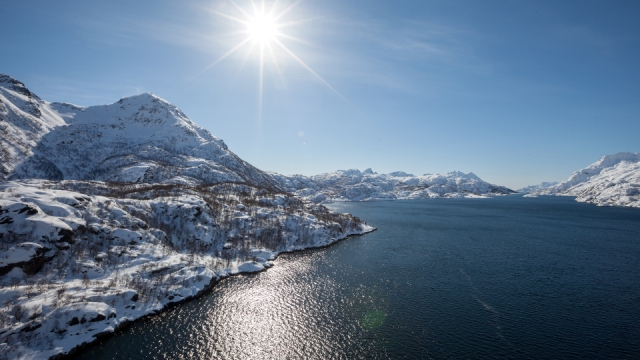 love all these views…! 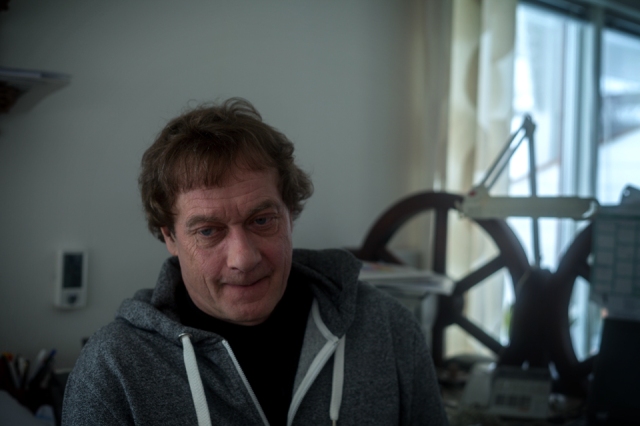 His name is Stainer and is really a humble and good hearted guy, I ended up taking a long rest there where I stayed 4 nights in the hotel. He told me not to spend a single cent while my stay there! He laughed so hard when I told him I mostly eat spaghetti and meatballs while camping. So for my whole stay there, I really ate good food, mostly rice with delicious arctic fish which I hardly remember the name. I can surely grow fat if I stay long there. I ate a lot… really a lot while staying there as the food was great! He also drove me all around the area to show me some scenic spots with beautiful view of Lofoten Islands. We exchanged a lot of interesting ideas and he really inspires me with his life, struggled earlier in his life but finally became a successful man. The weather was quite bad, snowing heavily the whole day while my stay there, which was a good reason for me to take a long rest there before continuing my ride. After a few days of rest, the weather was getting better and he told me that he will drive me for some distance to Svolvaer, so that I can escape the longest tunnel in Lofoten, which is 6km long! When I heard about the length of the tunnel, I felt so thankful that I can escape it. We hooked my bicycle at the back of his car and he drove me to Svolvaer, where he introduced me with a friend of his, a guy from Afghanistan who has been living here in Norway for many years.

my horse being tied up in a sports car 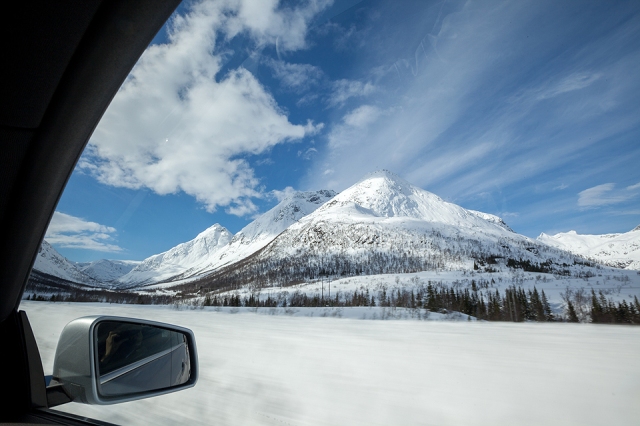 mountains everywhere on our way to Svolvaer

Again, I got lucky. I stayed a day with Majid, the Afghan man and he served me very delicious Afghan rice, something like our Beriani, or the Uzbek plov, but maybe this one is better! He then took me to his old school, which is a school mostly for refugees, mainly from Afghanistan and some African countries. So I had the chance to share my travel experience with these students and we even exchanged contacts with each other. Its always great to make more friends from all over the world, strengthen the brotherhood among us humans. Its good to see there are many refugees here in Norway. And its good to see that the Norwegian people here are really nice to them. From my observation so far, I see the Nordic people are really good hearted. I heard from the news only a few days ago where there was a boy who found a bag in a train and discovered that the bag is full of money, total of nearly 500 000 Kr… and he returned it back to the owner, who is an old man! That news shocked me… and I actually feel really safe here. I can just leave my bicycle unlock in most places. Of course it will be different in big cities like Oslo or Stockholm, but when I ride I always escape cities and stay mostly in the wild. And its good that the refugees here learn from the people here after some years of staying here. Its really a good example for all of us to live with honesty. 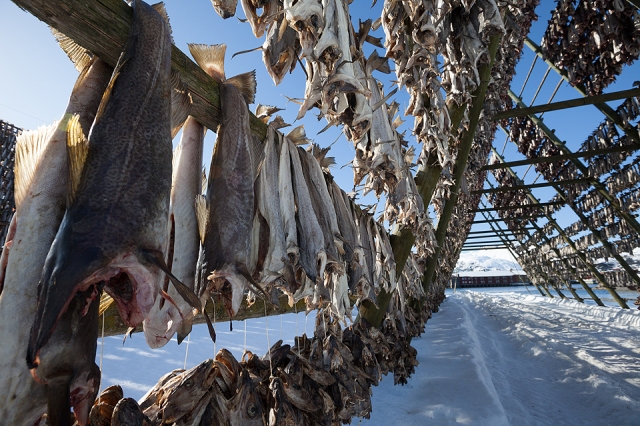 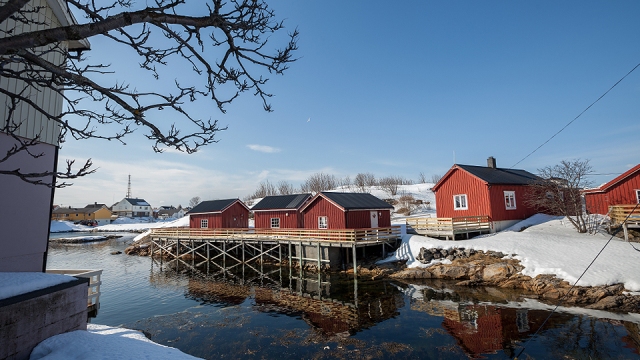 I was also invited by Majid’s teacher, Else, to her home for dinner, on my way to southern Lofoten. Again, I got lucky, I was served by really delicious arctic fish and rice (again!). The problem was, after feasting all the food, I got sleepy. And I slept a while on her couch until it was too late to cycle. So she invited me to sleep a night in her house before continuing the next morning. And when I was back on my bicycle, the weather turned bad… thick clouds covering the blue sky and the sun, the landscape became dull but still interesting. Finally after months and months surviving the snow, the rain was pouring again while I was sleeping inside my tent in the south of Lofoten. This was the first time for me to see the rain after Scotland! And the rain continues all the way until I reached the ending of southern Lofoten Islands. This is bad for me. My equipments are all meant for the snow, its winter equipments. And now the spring has come and the rain started to pour, I struggled to keep everything dry. Always wet…. wet again! I also rode through many tunnels which I cannot escape. Norwegian roads mostly snake through fjords and mountains, so there are thousands of them and theres no way I can escape them. Norway even has a more than 20km long tunnel! Sometimes I went through 3 tunnels in a day. Its in good condition, some have walking path and properly lit but I just hate them. Hehe… So I can basically see what I will go through for the road ahead of me. Gonna be rain and tunnels… hmmm….

again, just wanna remind you people that I hate tunnels… 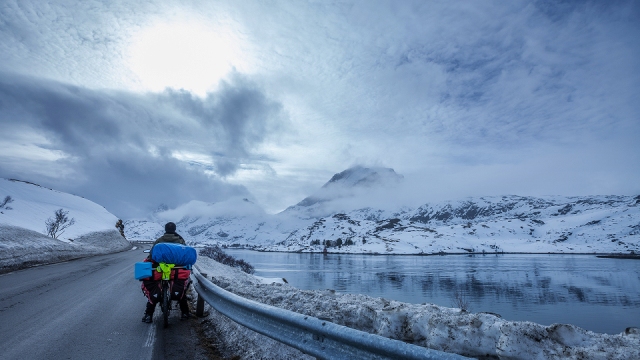 clouds are so thick like a dictionary! But the views are still awesome mate… 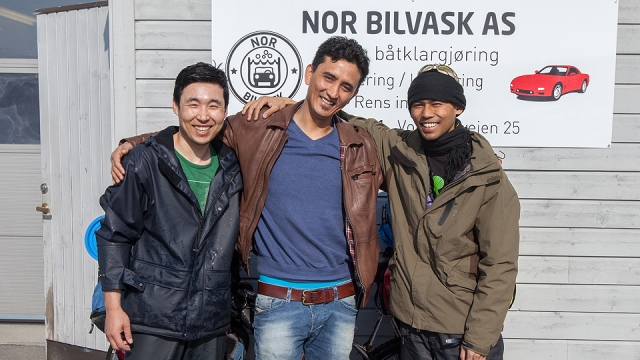 me and the Afghan gang! Thats Majid in the middle. Look at lot like 1 of my malay friend back home hehe… and the other guy looks a lot like chinese

making new friends! mostly Afghan and some Arabs here. The asian girl in front is our sister from Thailand! And thats Else, the teacher who cook the fish for me 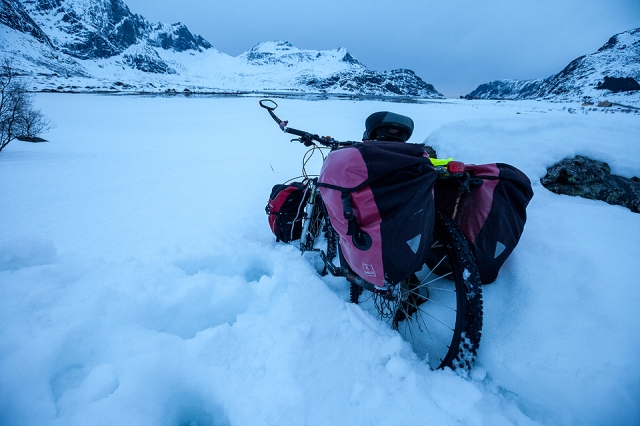 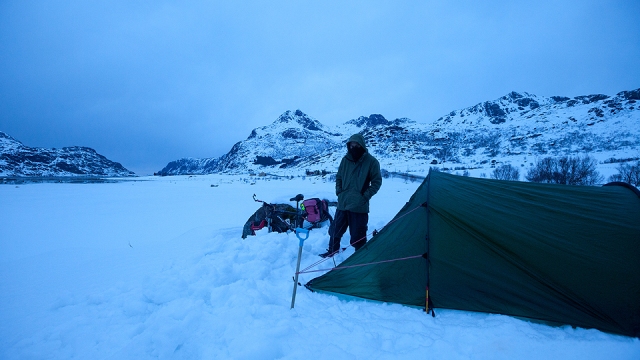 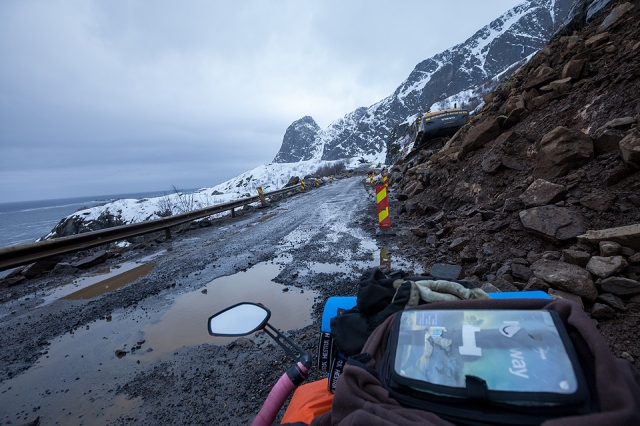 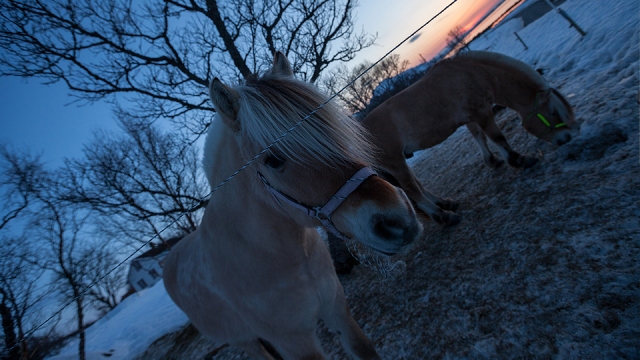 ← Fierce Blizzard in the Arctic Tundra!
Through The Rain and Wind →