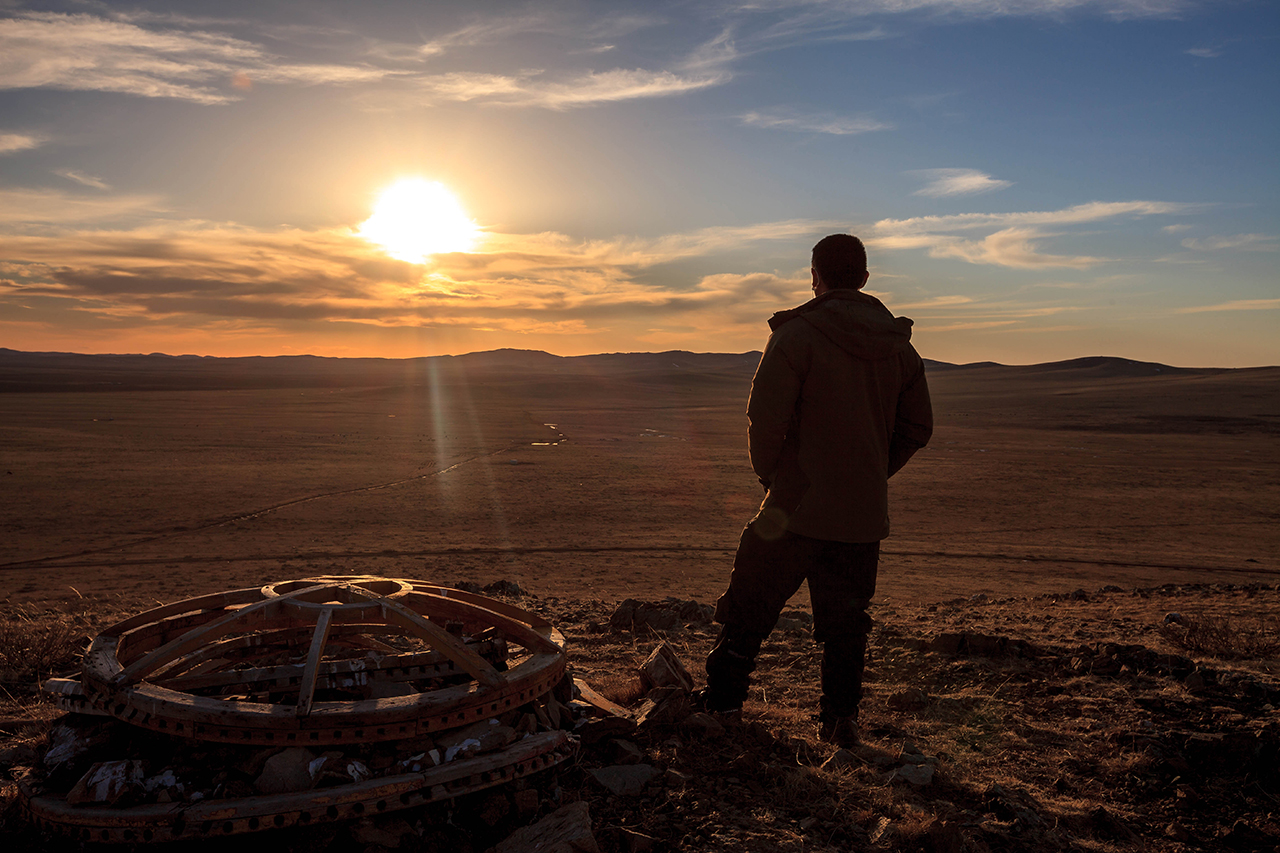 I left Hustai quite late, around 10.30 in the morning since I got lazy when the sun was still low at the horizon. I cycled on sand for the first 13km to get back to the junction of the main road. Once I was at the mainroad, the road is paved again. I then cruised another 45km to Lun, a small village. It’s a very small village, probably only between 1000-3000 population. A local police greeted me once I reached the village. He then showed me a small hotel, the only hotel in the village. I then decided to stay overnight there since it was still too cold to camp and I didn’t take along my winter gear the one that I used in the Arctic.

the hotel that I stayed

Small village of Lun under the light of the dusk

Everyone I met… they will ask me about the missing plane (MH370) once they knew that Im from Malaysia. Seems that the Mongolians are well informed about the international news. And when I had my dinner, I saw familiar faces… Malaysians… on the TV. It was actually the news, and it was about Malaysia, about the missing plane. And the hotel owner was saying something about it to me but I couldn’t understand her and also the news. I knew that the hotel owner wanted to ask me so many things about it, but we don’t speak each other’s language. She kept speaking Mongolian to me but all I heard was a language that sounds almost like a mixture between Japanese and Korean.

The next day, I woke up early in the morning and it was really cold. Only when the earth was warmed a bit I started to get on my bicycle and continued west. The wind… as usual… blowing against me coming from the west… forcing me to slow down by a lot. It’s a hard work to fight with the wind. Sometimes, I feel that its easier to climb a mountain rather than to fight the headwind on the steppe. Both requires hardwork.. but at least when you climb and you stop a while… you can breath peacefully… but fighting the headwind on the steppe, its hardwork even to take a deep breath.. and always have to guard the eyes from the flying dusts.

Mongolian men on a Chinese motorbike

But one magic about crossing the steppe here in Mongolia… I got to taste the wonderful Mongolian hospitality and friendliness. Even after overdosed with the Mongolian vodka, they’re still nice! They’re nomads by blood, for many generations… they know well what does a traveler needs while crossing their land. Whenever I see horses or sheep… I know well in the next few minutes.. I will see a horseman… followed by a lonely ger (Mongolian tent). They usually invite me to their ger for a milk tea… followed by some food… with very interesting conversation… the only conversation which mix 2 languages… Mongolian and Malay. Firstly, I will ask if any of them speaks English… when theres no reply, I will feel home.. speaking Malay to them and they will simply reply in Mongolian.. but we kept talking for hours :)

I guess I rode for more than a hundred kilometers where I saw nothing… except for some gers. I then stayed overnight in one ger closed to the road, where the lonely old lady invited me to stay overnight in her ger and she cooked nice dinner for me. She doesn’t say anything about paying but I gave her 10000 tughrik (roughly 20 ringgit our money)before I left for her kindness towards the hungry traveler. I’m not sure what Genghis Khan would think if he’s still alive today and look inside the modern 21st century Mongolian ger. Its fully furnished, with satellite TV, solar panel, radio and some even with a blueray player. 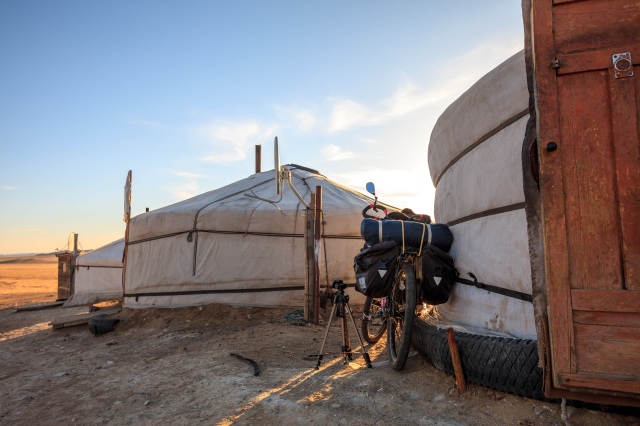 the ger that I stayed for the night 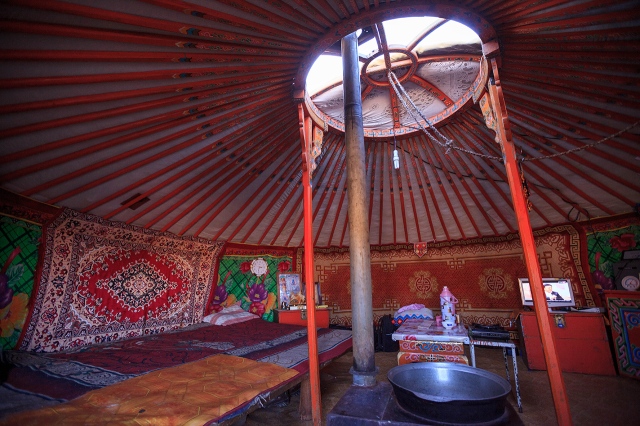 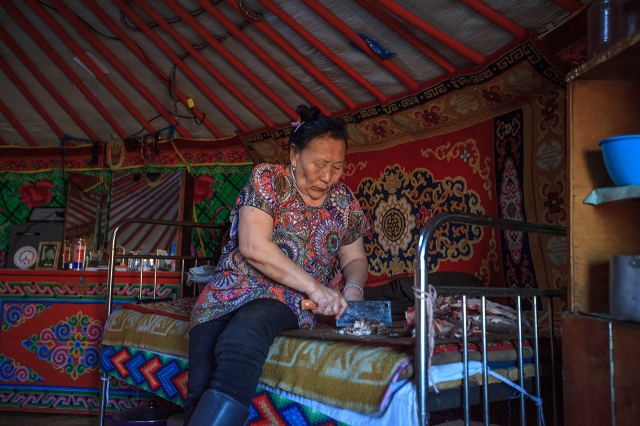 the kind old lady that hosted me for the night 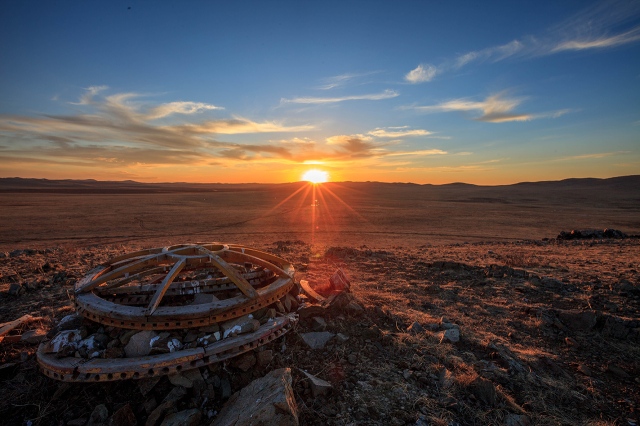 6 Comments on “Crossing Into Nothing”