From the Kyrgyz Mountains to the realm of Balkans 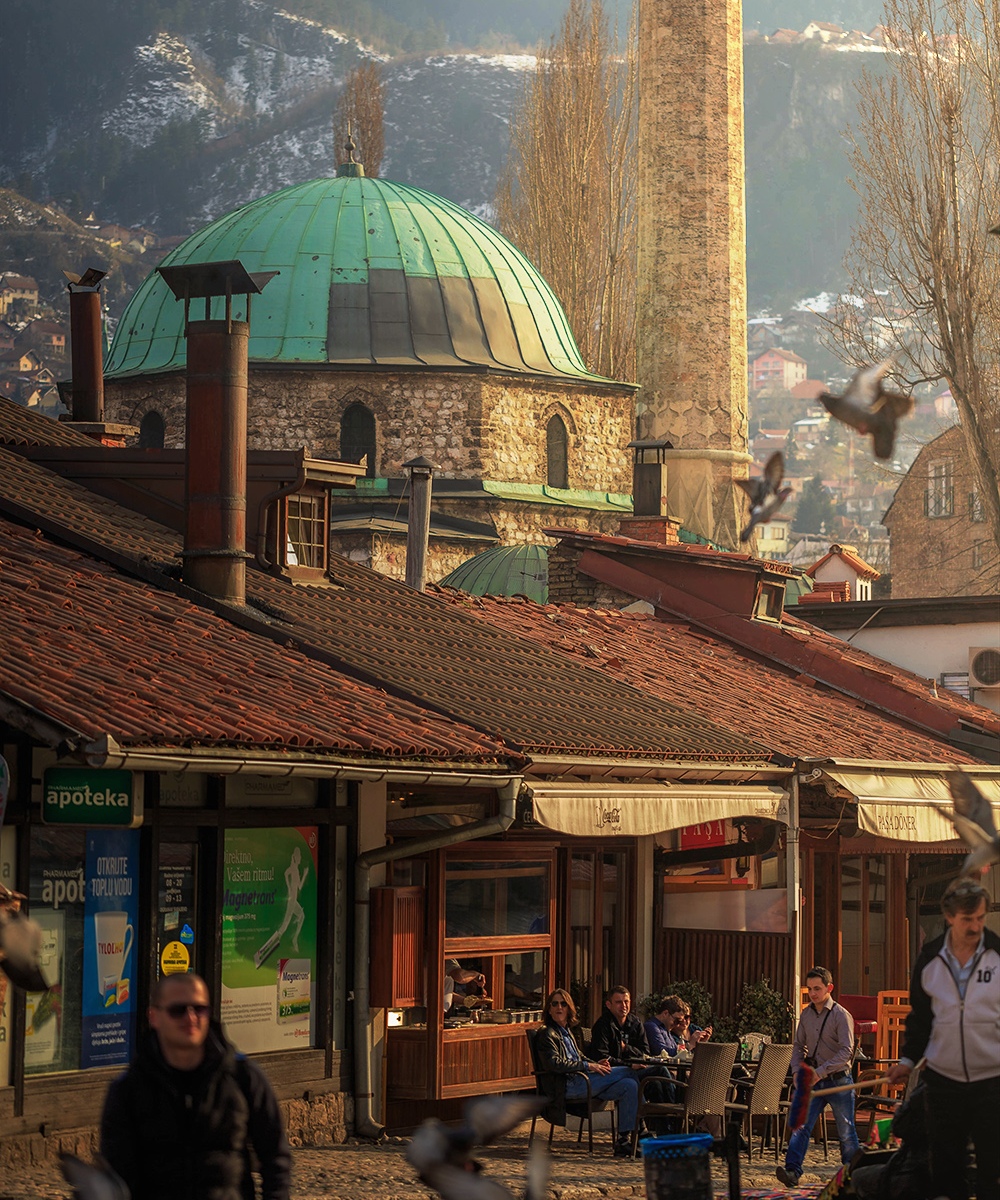 After I completed my short journey through the Tien Shan Mountains on my ski and snowshoes, I took a few days rest in Karakol, editing my film and writing my diary… putting my thoughts and all the things I experienced during the journey on paper… while they were still fresh in my mind. I then rushed back to Bishkek, the capital of Kyrgyzstan to purchase a flight ticket out of Kyrgyzstan since my visa is expiring. I can simply cross the border of Kazakhstan which is only 20 minutes away north of Bishkek, but I got bored crossing that border, meeting the same immigration officer again on both the Kyrgyz and Kazakh side. I guess they are bored to see my face too. 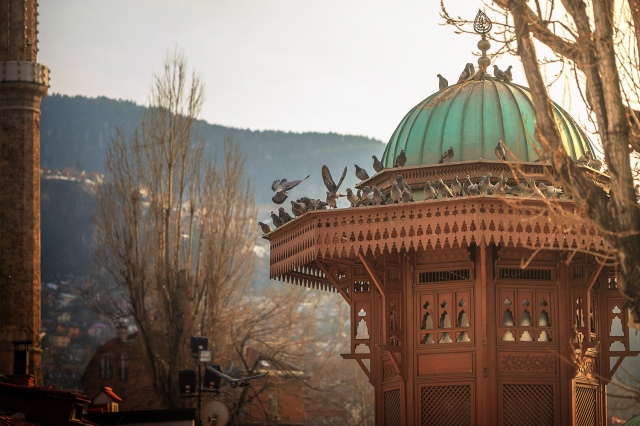 I wanted to get away from the world of Central Asia temporarily, guess I stayed too long here. At first I was thinking why not go back to Southeast Asia, away from the snow and cold weather, maybe to the beach southern Philipines. Then I realized it’s a bad idea since flight ticket is really expensive to go there from here, while I can pay really cheap ticket if I go from my home country instead. I then began to put my eye on the map of Balkans, I had Greece, Romania, Bosnia, Crotia etc on my list and the flight is real cheap to those places from Bishkek. The thing is, its so difficult for me to decide where to go. On the day I purchased the ticket, I had either Bosnia or Romania left on my list. When I wanted to purchase the flight ticket, the woman asked me what is my destination… I looked at her and said wait… Im not sure… and a moment later I finally said okay… Sarajevo. 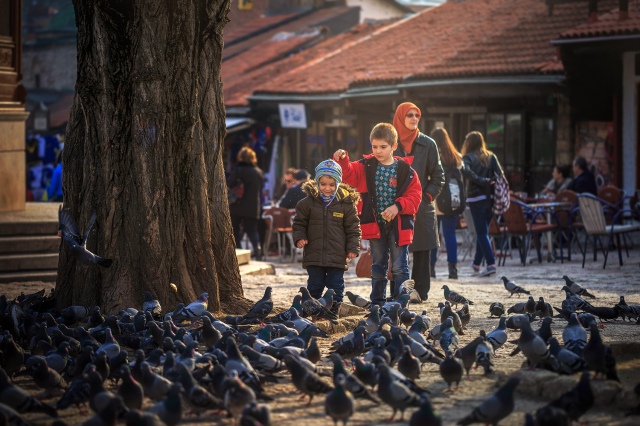 I don’t really know much about Bosnia. The last I heard about the country was when they appeared on the international news 20 years ago during the Yugoslavia war. When I went back home, I wanted to find some information about Bosnia on Google but I was too lazy to do it. I’m so used to travel without making any reseach beforehand.. and it always turned out to be great. So I decided to keep it that way. My thinking is simple, why bother spending time reading about the taste of coffee, while you are just about to taste the coffee itself… to experience it firsthand. So I just spent the rest of the days chilling with family and friends, editing my film and enjoy the spring in Bishkek. This supposed to be the trip for me to relax from my journey which means… no bicycle, no skis, no tent, no climbing equipments or whatsoever. I just gonna carry light, probably buy 2 books in Sarajevo and spend 2 weeks in Bosnia chilling, being lazy, sitting on the grass under the hot sun for hours and try to finish the books. Also probably make some new friends and try to gain new contacts here in the Balkans. I think this is a better way to spend my time rather than filling it with heavy itinerary such as visiting mosques, cathedrals, castles, bridges, ruins, pile of stones, rocks, pebbles, muds etc. 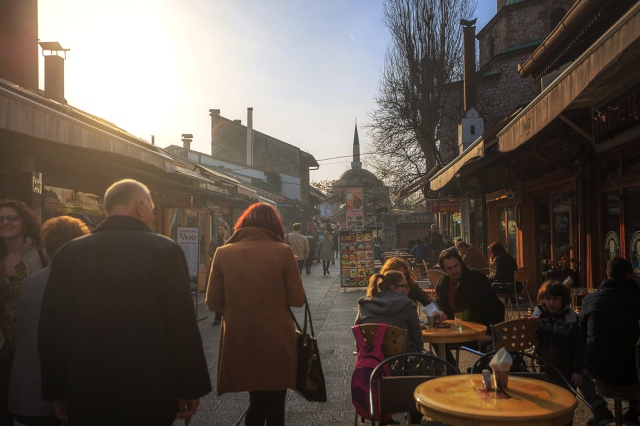 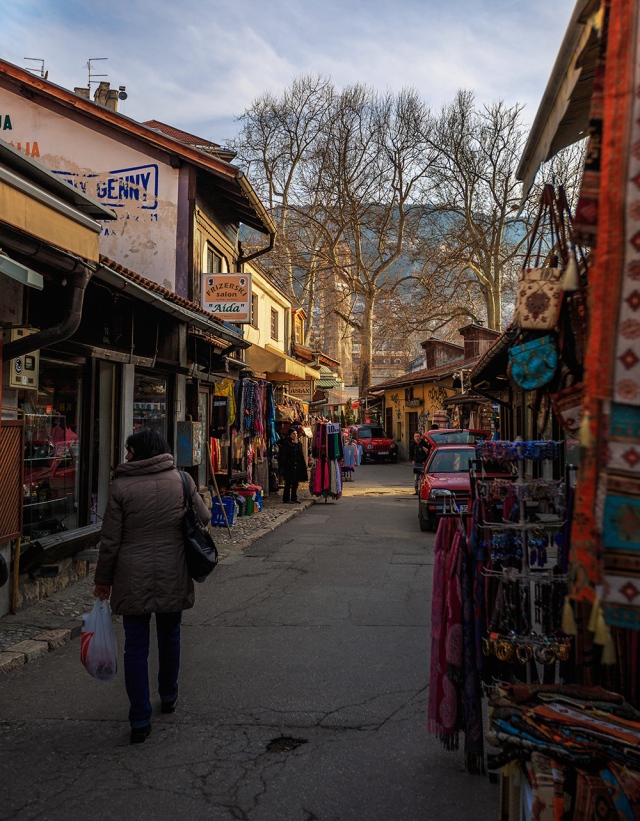 So there you go, I finally flew away from the realm of Central Asia into the European continent… crossing 5 time zones. Once I reached Sarajevo airport, there were not so many people, not a busy airport, the queue to pass the immigration checkpoint is very short and its quiet unlike any other major airports. I just love it. Once I’m outside the airport building, I just sit calmly enjoying the the sunshine and not so cold weather like in the Tien Shan, thinking on what to do and where to go. After a few minutes I then walked to the main road and decided to turn right and just keep walking. So there you go, after a few minutes of walking I saw a signboard saying “Welcome to the Republic of Srpska”! Opss… wrong way… I went to the totally wrong way entering into Srpska so I turned back to the airport and took a bus to the centre of Sarajevo. 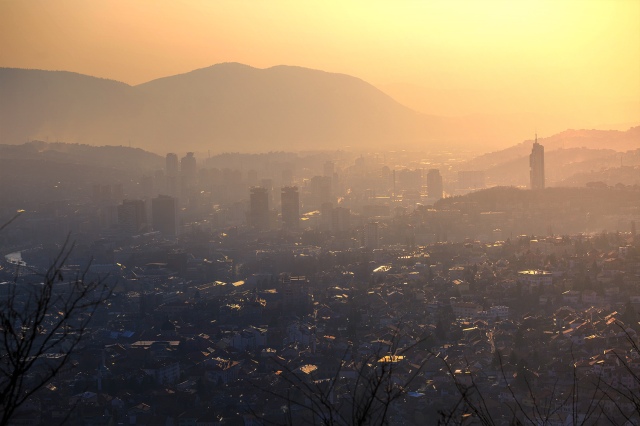 Sarajevo looks like a normal city of Europe. Comparing to big cities in Asia, it has less skyscrappers, not so crowded, traffic is flowing well and the most important thing, the air is not so polluted. It is surrounded by hills filled with residential areas and snow. It looks beautiful. I stopped in the old town area to find a cheap place to sleep… and my communication with the local people started from there. That was when I started to discover things, by talking directly to the locals… to find out nice places to go, nice places to eat etc. I used to find information on guidebooks surely… it’s a great source to find good information on places but it also gives a bad impact. I realized most places that are listed on guidebook such as Lonely Planet tend to really increase the price once they discovered that they are listed on popular guidebooks. And things are getting more expensive from time to time… sometimes almost double from what is written on the guidebook. And also they receive too many tourists and this sometimes turned them unfriendly and arrogant. And this is also the same reason why I prefer not to find out much information online… since usually only the popular ones have information on the internet or guidebooks. To me, being friendly to the locals really helps… and they are usually very helpful by giving me great information. 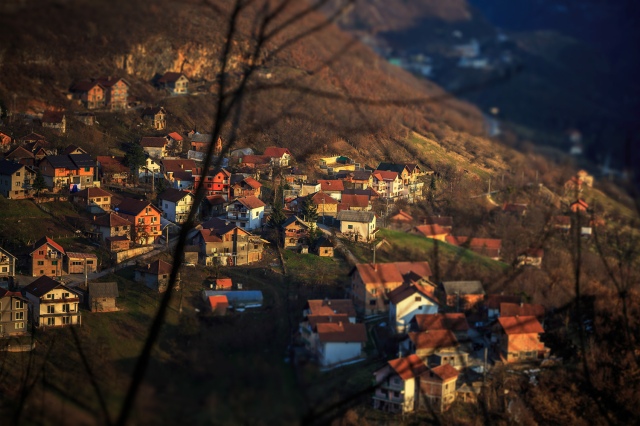 I then spent 2 days in Sarajevo walking around the city and climbing the nearby hills. I just love the neighbourhood on the hillside. The surroundings are beautiful. It looks like a nice place to live. The city isn’t too crowded, living cost is cheap, people are friendly and the location is just great. Its like the centre of everywhere, I can easily access to western Europe or the Arctic from here… or back to Asia since Turkey is just next door or I can even cross into Africa from here. This might look like the next potential place for me to stay for a long time soon after Kyrgyzstan. But whatever it is, I will not plan too much, time will give me the answer… As for now, I should gather as much information as possible while I’m here in the country. So far people are so friendly to me. I met a few cyclists here while I was walking on the hills making timelapse photographs and we exchanged contacts. It’s a good start of a short adventure…

hehe, a cool guy wanted me to capture 1/400 seconds of his moment into the memory card of my camera

i think i want live in one of these houses soon 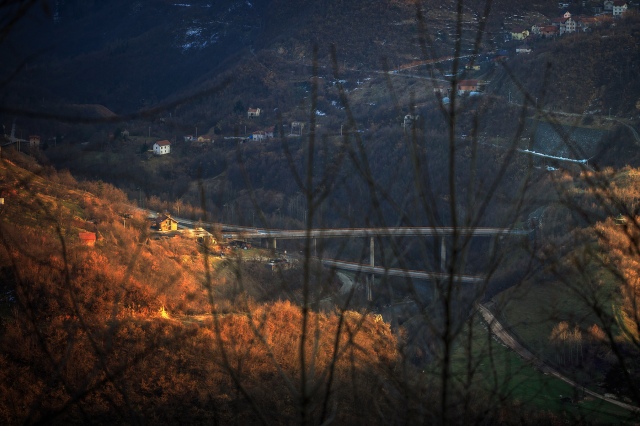 ← Kyrgyzstan: Home Of The Horselords
Exploring Southwest Towards Mostar City →