After a good day walking around Mostar, I left the city driving around Herzegovina slowly enjoying the landscape. I drove less than 100km that day… seems that I travel further on my bicycle. I usually cycle around 80-120km a day.. sometimes even more when the road is mostly flat and easy.  But when the terrain is tough I do less than 50km. But now as I’m driving, I think I spent about 5 hours on the road but the distance I covered was only about 70km. I was slowed down not by the difficult terrain but the beautiful landscape in the southwest here in Herzegovina. The weather was good, a lot of sunshine and blue sky giving me a very good mood to enjoy the scenery. I wasn’t tired at all since I’m not pulling the pedal of my bicycle this time, so I took the advantage to climb some hills to get a good view of the landscape here. 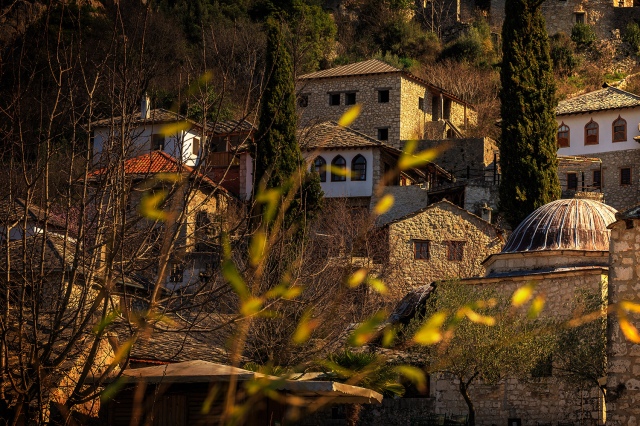 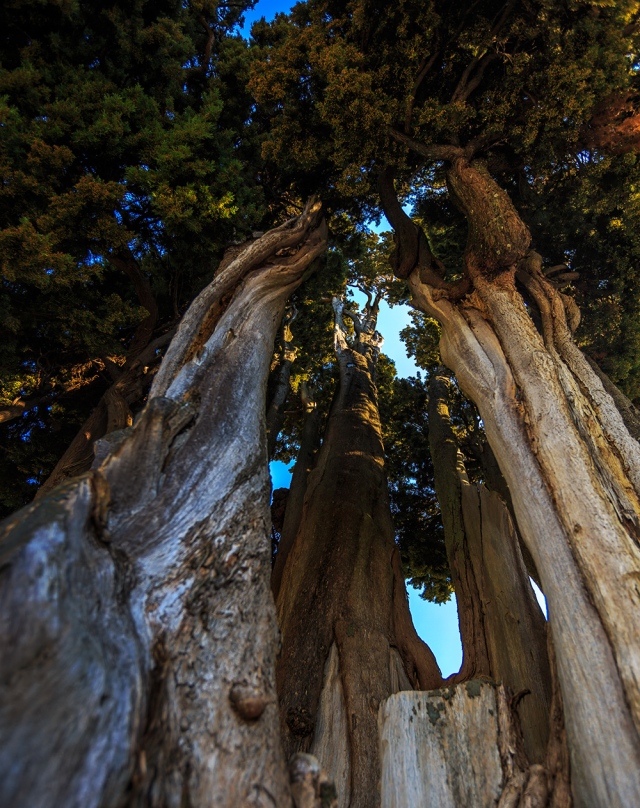 I made my first stop in Pocitelj, a beautiful historical site sitting along the river of Neretva, that flow all the way to the Adriatic sea. It looks like a nice neighbourhood with a huge ancient watch tower on top on the hills. The town was heavily destroyed during the war in the 90s by the Croats forces but walking around the areas climbing the hill to see the surroundings, it looks like this place is forever calm like never been touched before. I saw bullet holes, some destroyed parts but the ray of light from the sun and the calm and cold breeze coming the sea of Adriatic and the sound of birds making this place looks rather calm and peaceful.

After spending some time there I kept going further entering many small roads to see where will the road lead me. Often I got stared by locals when I entered small roads, probably they are not used to see foreigners driving on small roads since these roads usually lead to places that doesn’t interest tourists. On late afternoon I arrived a beautiful waterfall called the Kravice waterfall. It’s a famous tourist spot in Bosnia, probably the most impressive waterfall in the country but since I came at this time of the year, I saw almost no one there… I was basically alone for almost the whole day. This is not the season for tourists. I stayed a few hours there hiking to nearby hills just to explore the surroundings. I watched the waterfall for hours, watching the drop of water followed by their movement along the river. It isn’t huge, only about 20-30 meters high but beautiful. I just kept looking at it… keep praising on the Hand that created all these.. the same hand that provides energy and allowing the water to flow from the high mountain towards the vast sea passing by this beautiful waterfall… When the sun was touching the horizon, I couldn’t move a muscle, I could only breath to see the beautiful surroundings… all under the last light of the day.

← Exploring Southwest Towards Mostar City
A Sleepless Night In Jajce →

18 Comments on “Beautiful Landscape of Herzegovina”