A Few Days In Gangtok 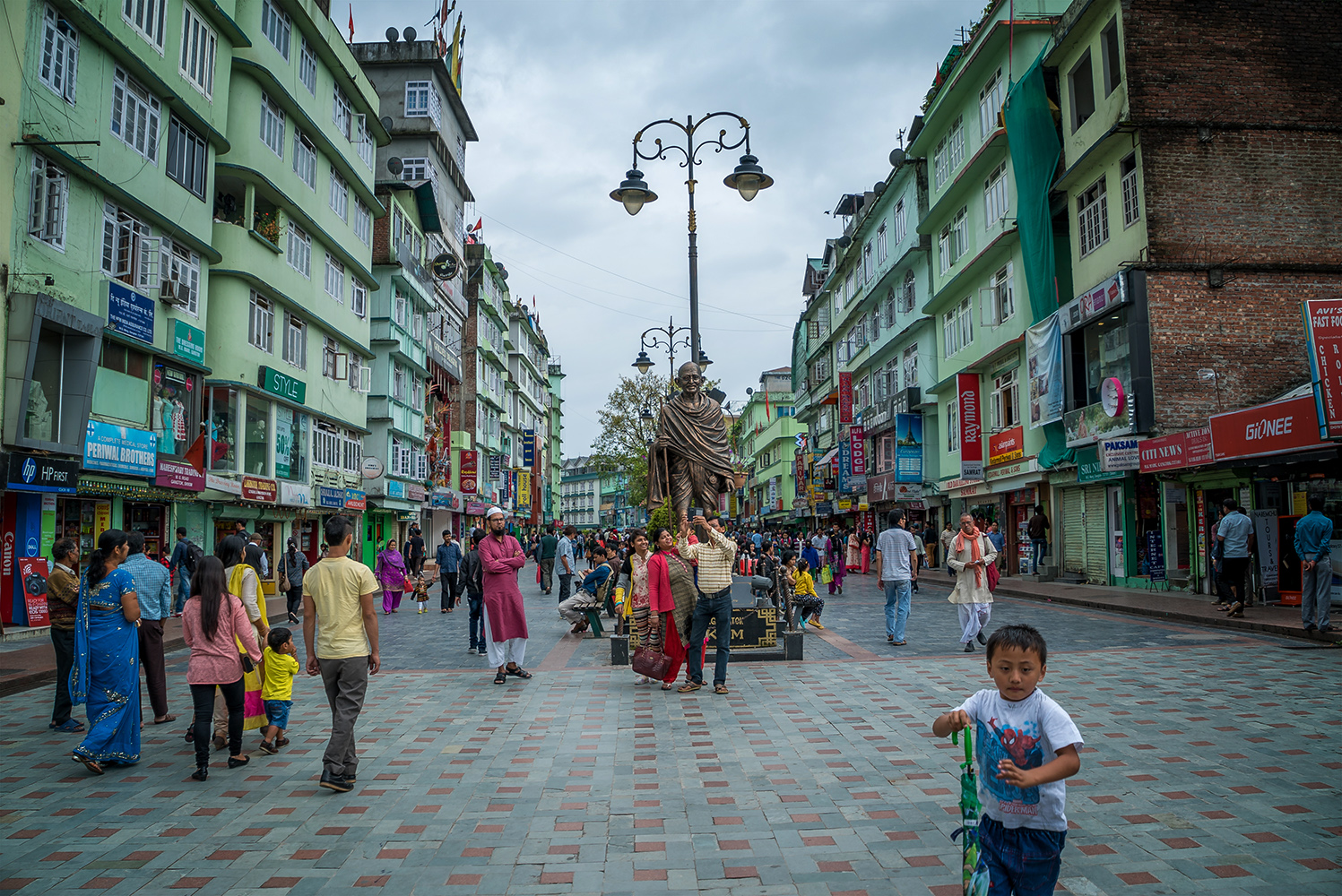 After a few days spending time in the busy town of Darjeeling, I decided to take a taxi to get to Gangtok, the capital of Sikkim province. Even to get a taxi was difficult since its a tourist season now. After lingering around the town for an hour, I finally got one who agreed to take me and my bicycle to Gangtok. At first the road was super busy, trucks and jeep everywhere on the small road getting out of Darjeeling. Getting out of small town of Darjeeling itself took us about half an hour. But after a few minutes riding out of Darjeeling, the road slowly became quiet. I was smiling myself, finally now I can get my bicycle rolling… rocking the road in India! 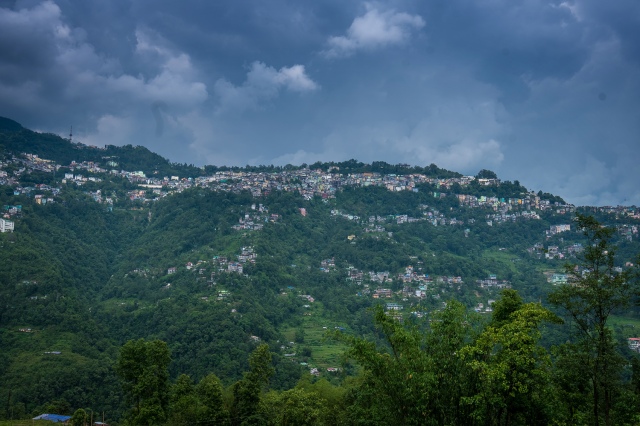 Gangtok city from the opposite valley 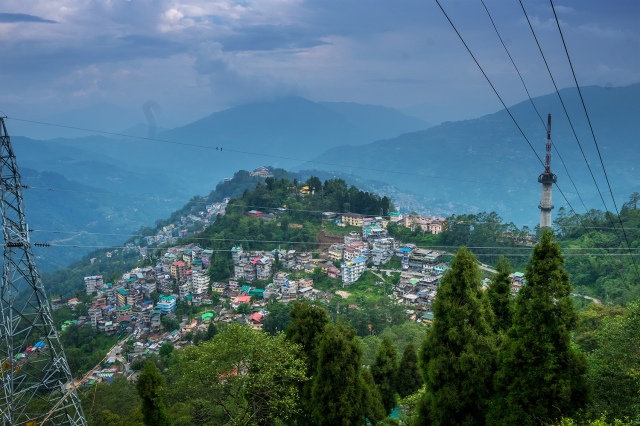 Gangtok and the surrounding mountains 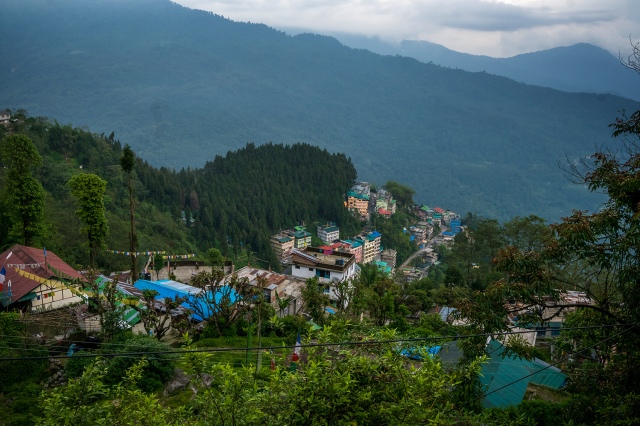 We crossed the Sikkim border at Rangpo, which took only a few minutes for me to register myself at the Sikkim border province. I already applied the permit for Sikkim in Darjeeling, which is very easy to get. After that, the road started to climb passing by Singtam all the way to Gangtok. Again, I couldn’t find any hotels in Gangtok so I ended up staying in Tadong, about 6km from Gangtok centre. My hotel is sitting right at the mainroad so its so noisy and chaotic but the owner of the hotel is so friendly and helpful. But Gangtok is somehow cleaner and actually less chaotic compared to Darjeeling. It is located on a hill surrounded by beautiful views of the Himalayas mountain range. The people are so nice and helpful, majority of the faces here look a lot like Bhutanese people but with totally different style of clothing. Its so colourful and rich of culture. Gangtok is the capital of Sikkim province and its well managed and so clean! They even ban smoking in public areas here and have designated areas for smokers. Somehow it feels a bit like in Eastern Europe. 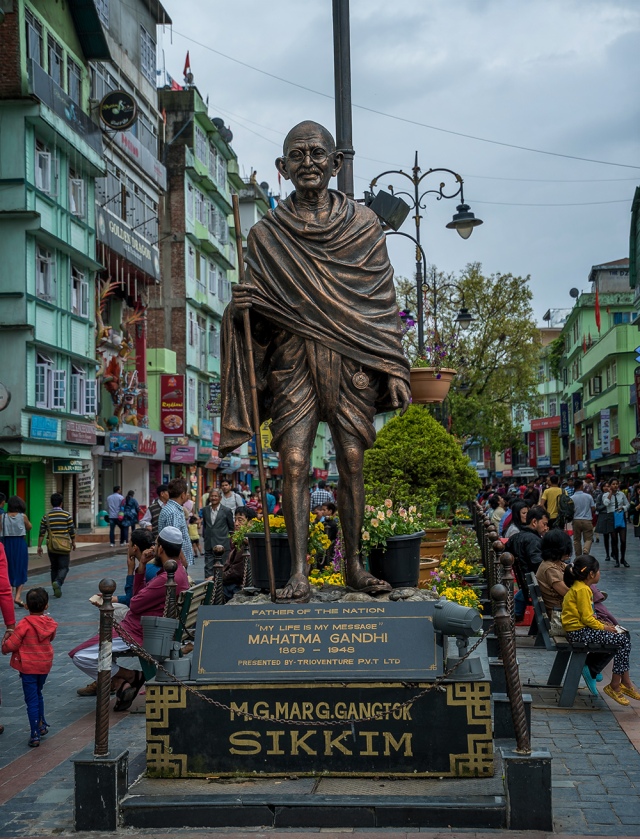 Gandhi! The hero of India! 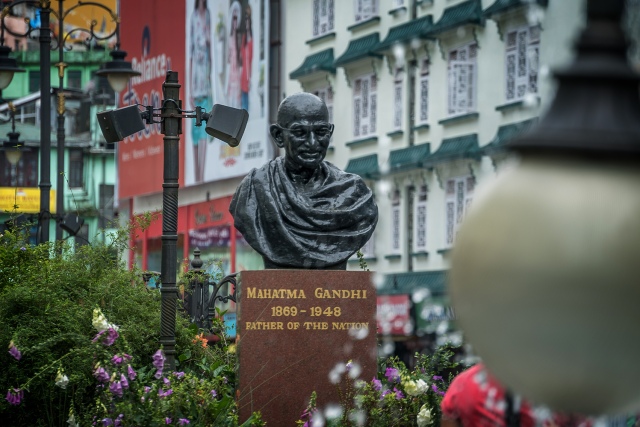 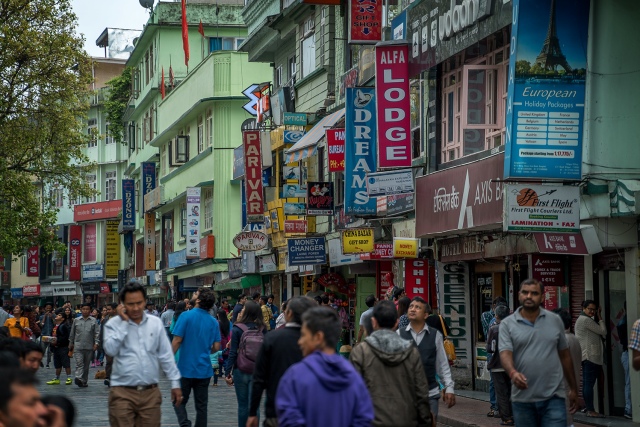 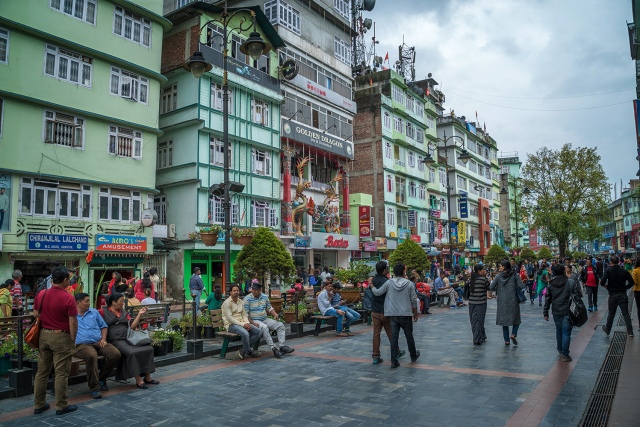 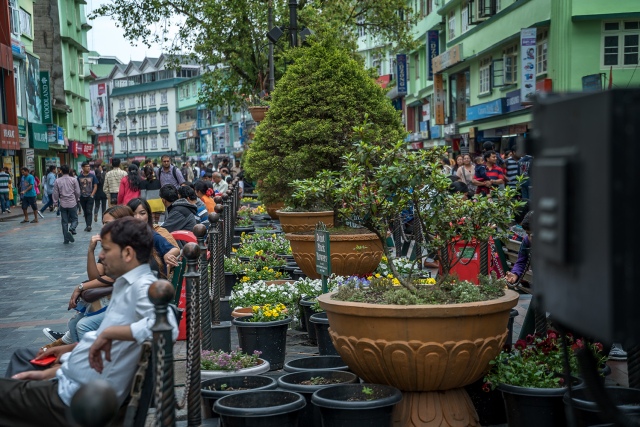 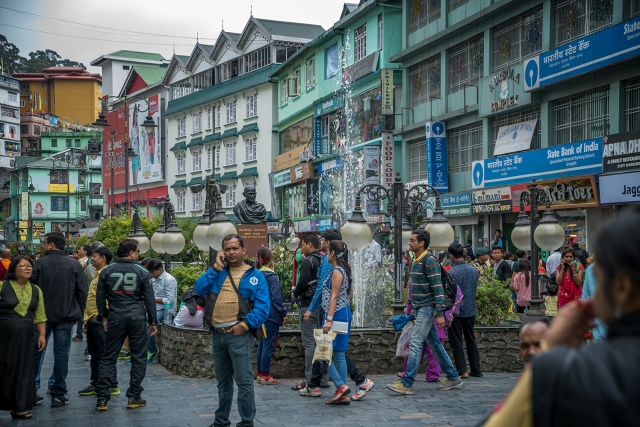 I stayed a few days here in Gangtok, taking a rest and tried to continue writing my book but failed, since it was too noisy and chaotic even from my hotel room. So I just visited the surrounding areas like Bakthang waterfalls and some monasteries. There are so many monasteries and temples here, both Buddhists and Hindus but I just visited two of them. I’ve seen so many temples in Bhutan and China before and I think I have enough of it. I even met a Bhutanese monk who resides here in one of the monastery in Sikkim. He is originally from Paro and was happy to hear that I came from Bhutan just a few days ago and had a great time there. Most places that I went is full with tourists and prices are high now everywhere. I’m basically stucked now and not sure what should I do next… 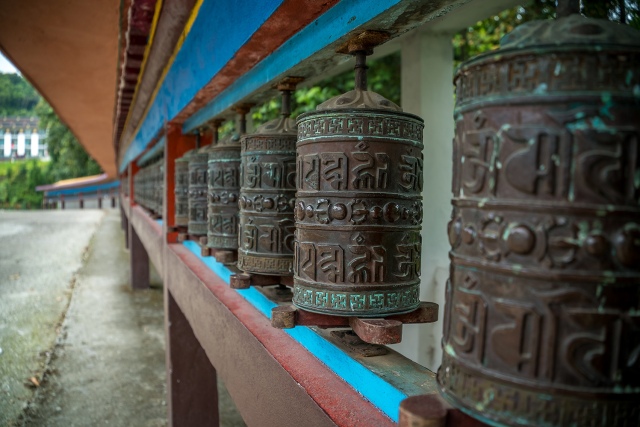 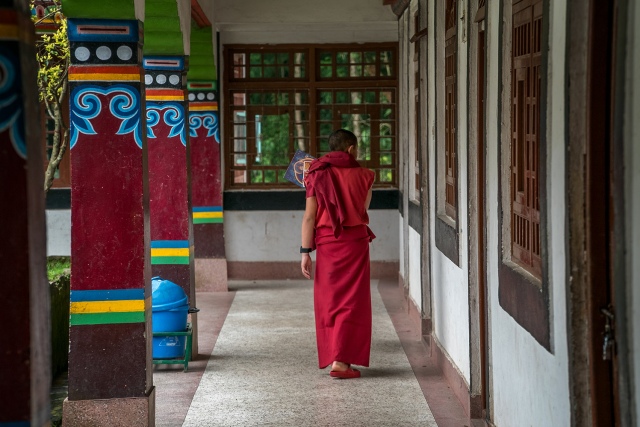 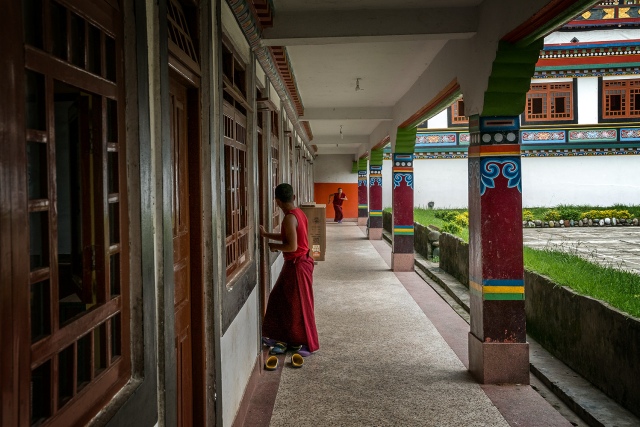 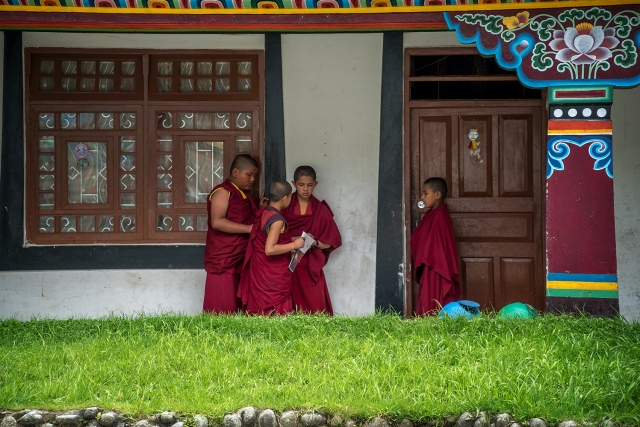 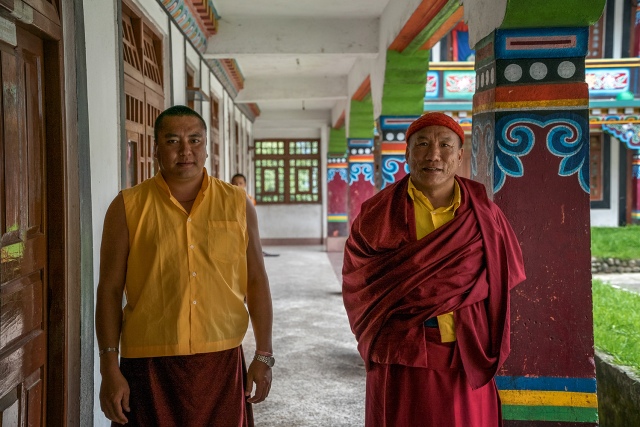 I went to the tourist information centre and the FRO office to extend my permit in Sikkim to a month long. I also went to a few travel agent here in Gangtok city to get more information about trekking and cycling in Sikkim but it seems now is the worst time to visit Sikkim. Hotels are full everywhere, Im not allowed to wild camp anywhere in Sikkim and its raining most of the time. I cant even go hiking alone by myself just because there was one tourist was lost while trekking in west Sikkim two years ago. I need a guide and another foreigner to hike anywhere in Sikkim. The travel agent here can provide me a guide but I need to find a partner which is difficult because Im travelling alone. I cant cycle towards the north of Sikkim since a bridge was destroyed just a few days ago and it will take many days to recover. My only hope is now to cycle towards the west of Sikkim and hoping that I will find a foreign tourist to team up with me to hike the western area of the province. And the chances for that is very slim since its monsoon season now and there are almost no foreign tourist here now. The raining season will end only somewhere end of August. I started to get serious in planning things now. I started to live the future, my mind was toying around with ideas even though my body was in a restaurant eating rice and curry. Maybe I will travel another 3-4 weeks in Sikkim and then find a safe place to put my bike and other stuffs, and travel light and fly to Europe or Eastern Africa for 6-8 weeks to escape the monsoon and come back by mid August. Crazy ideas started coming in and I was just play along with it. 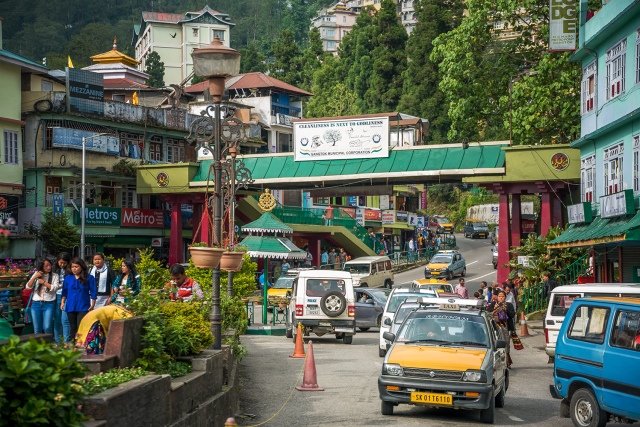 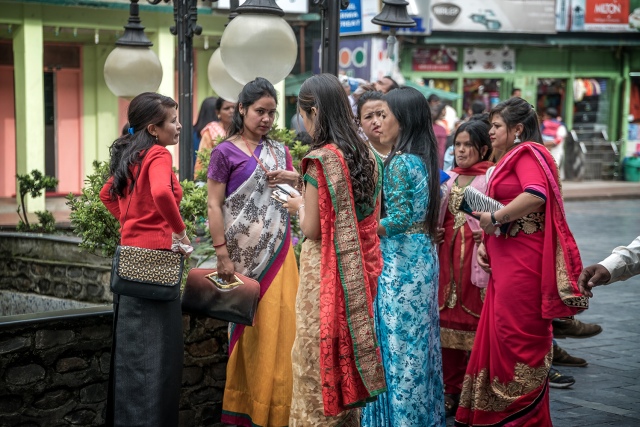 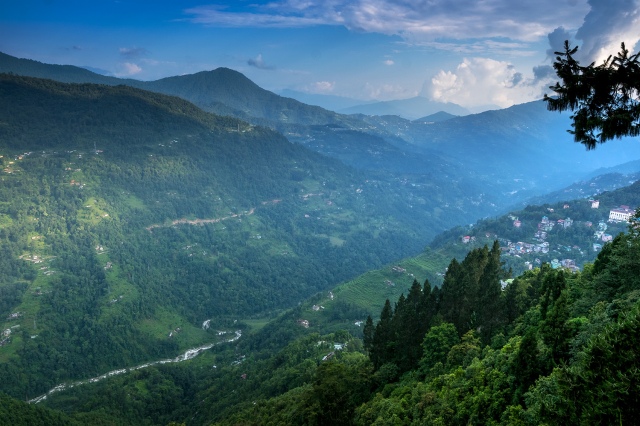 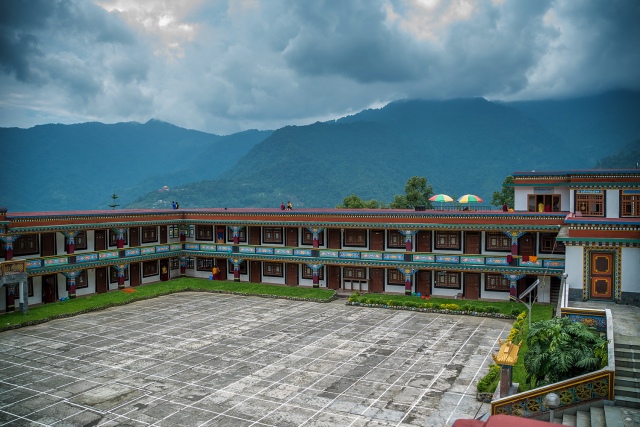 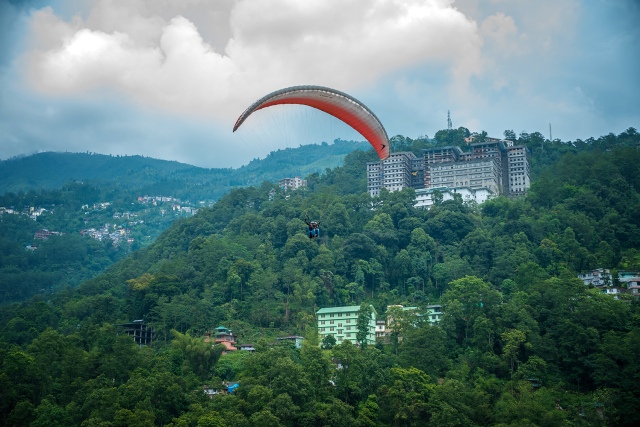 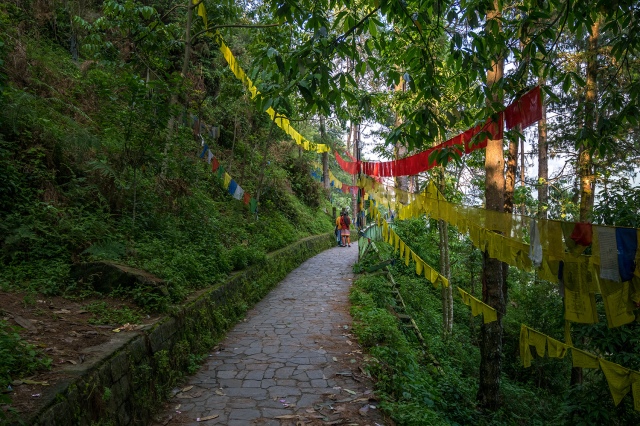 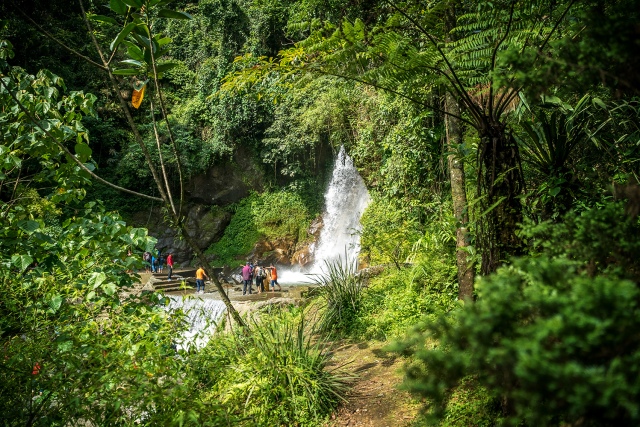 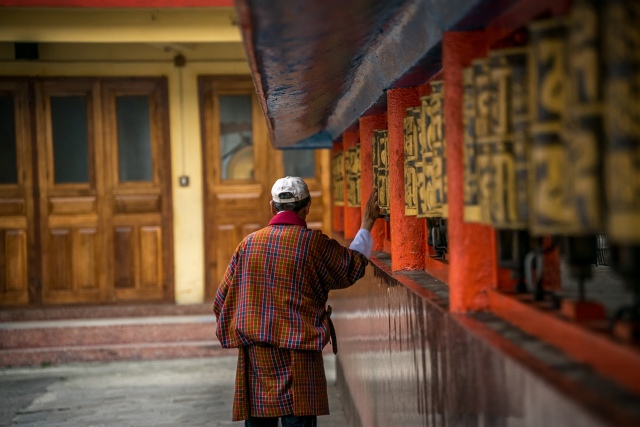 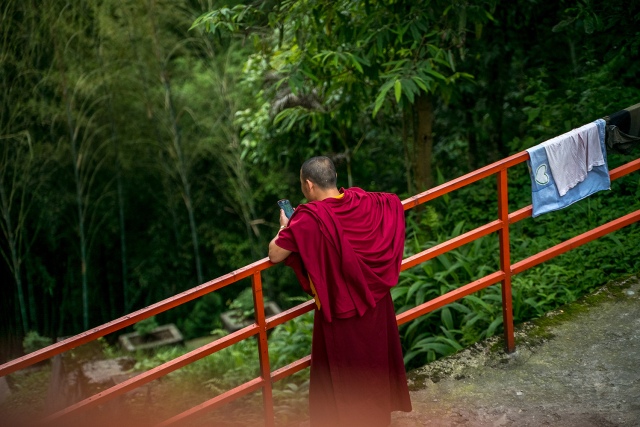 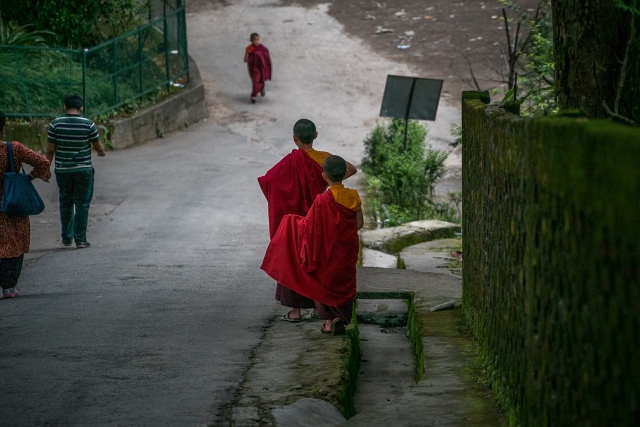 9 Comments on “A Few Days In Gangtok”