Through The Field Of Snow 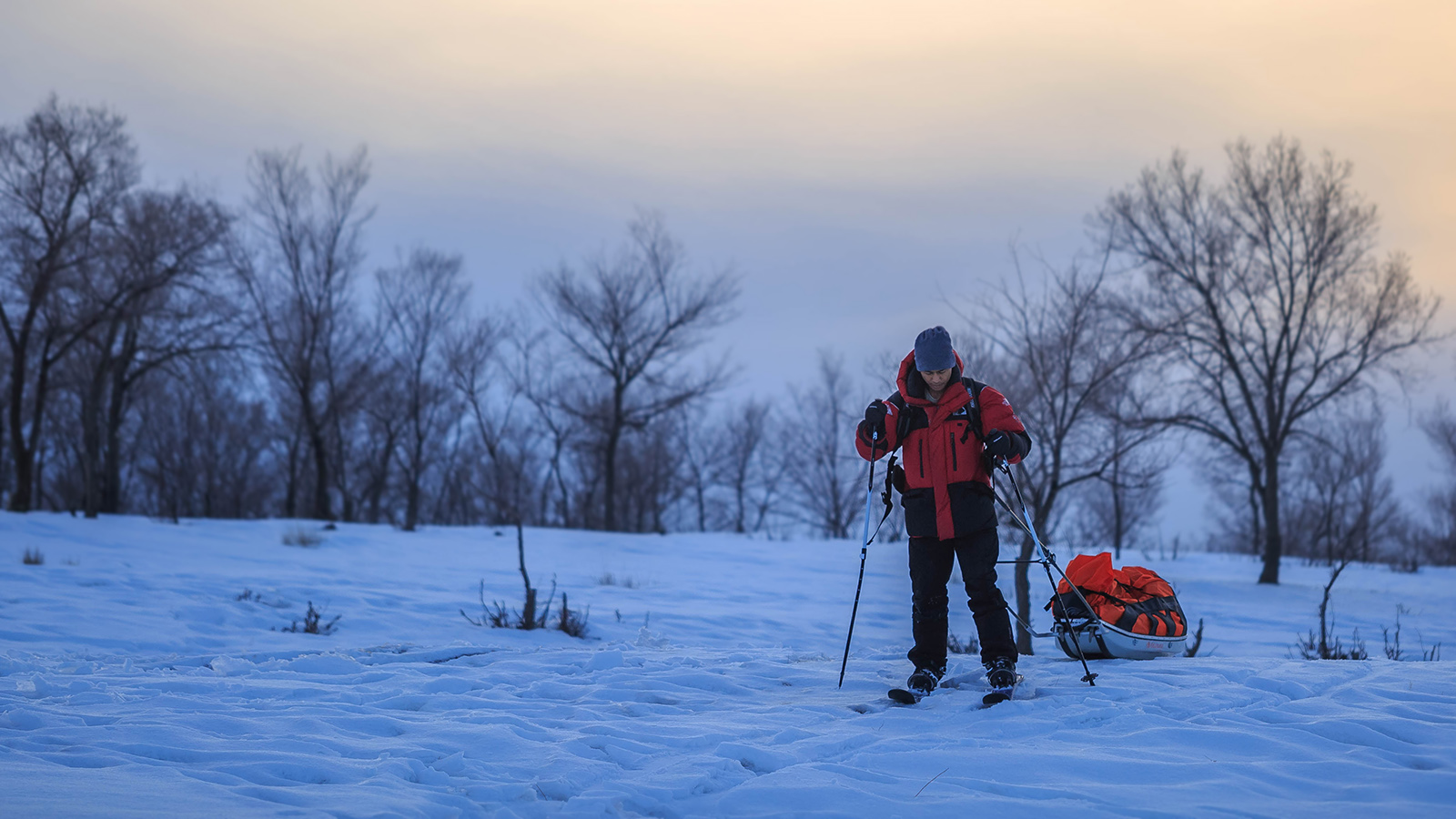 I continue my life as usual here in Kyrgyzstan, travelling at a slower phase on my ski pulling my belongings, descending from the mountains towards the eastern shore of Issykkul Lake. Travelling on a short and broad forest ski that I got from the Finns is much slower and more tedious compared to riding a bicycle. The energy I used to pull my sledge on a ski for a kilometer is probably the same energy I cycled pulling 50kg of luggage for 10 kilometers. I’m happy to cover at least 15km a day here in the Tien Shan mountains. I’m travelling probably a little faster than the speed walking, sliding through the thick snow, embracing the cold thin air in the mountains that goes right to my lungs. 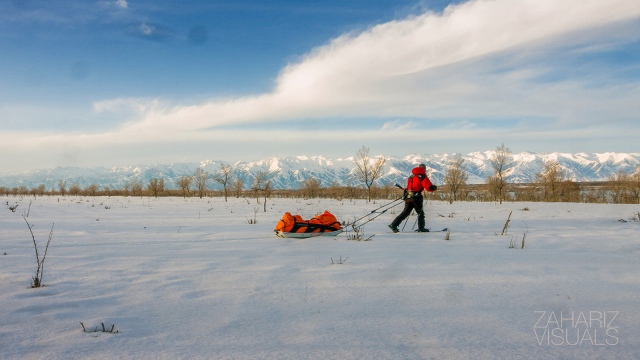 At one point of my journey, I have to descend the mountain, easy sliding down towards the shore Issykkul Lake, which still stands high over 1600m altitude. But being long in the mountains, descending to this high altitude lake feels like descending to the sea level, I breath easily again and it is not as cold. Funny that at some point I have to take off my skis and carry the heavy sledge to cross the road, since there is no snow on the road. And sometimes I just pulled my sledge through mud. Winter is really dry this year in Kyrgyzstan. Not much snow compared to the previous years except in high mountains, probably effect of the global warming. I don’t really feel so cold this time, only sometimes I feel pain on my feet during the night since Im wearing cheap socks.

Once I reached the shore of Issykkul, I continue my ride through huge snow fields, which feels like forever since the landscape is the same, riding on flat ground, seeing the distant mountains beyond the huge lake. It reminds me of my ride in Iceland almost 3 years ago. I remember the landscape is so vast that I could see where I will be camping next 80 kilometers ahead. No matter how fast I pushed the pedal of my bicycle I still feel like I’m not moving. It feels like the earth doesn’t allow me to move forward. Yet I heard so many sayings that the world is getting smaller, but when I travel the world on a bicycle, or ski or even on foot, I get a pretty good idea how big this planet is. 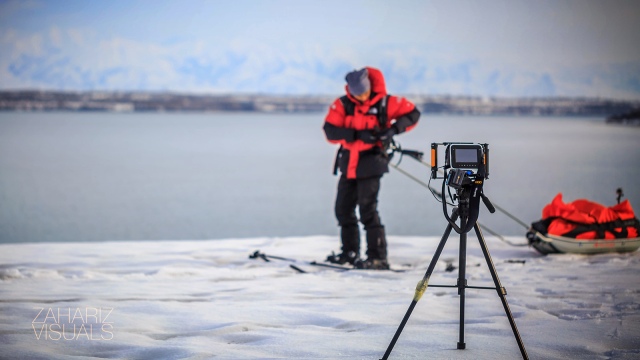 Its easier to move along the shore of Issykkul because its flat but harder to slide the skis here on the lower ground since the snow has turned into hard packed ice. The ski Im using seems doesn’t slide too well on hard ice and I hate the sound of it when it slides through black ice. And I see more people here compared to the mountains. They will usually come to greet me and see for themselves the way I travel… probably impressed but pity at the same time. And they get more impressed when they saw me taking my big camera out to film myself, skiing away and back to take back the camera. They asked me where Im going, I just told them I heading west towards the sunset and will go as far as the snow takes me… when the snow melts, I will think of something else.

Whenever the sun is almost reach the horizon, I will start skiing away from humans, trying to get to a really quiet place where I don’t see any footprints of humans, so that nobody knows where I sleep and disturb me at night. Its an advantage during the winter season because I just need to find places where the snow is thick and away from villages, so its hard to access on foot except by skis. There are possibilities to get disturbed here at night camping at the shore of the lake compared to the mountain areas since there are villages nearby and local people can be very curious to see a stranger skiing and camping alone in the cold winter. So I will usually spend my energy struggling through tough terrain at the end of the day to find a place to pitch my hotel, so that I can have a good time alone in the wild watching sun at the horizon and sleep well under the stars.

7 Comments on “Through The Field Of Snow”