Ascending Into The Higher Solukhumbu 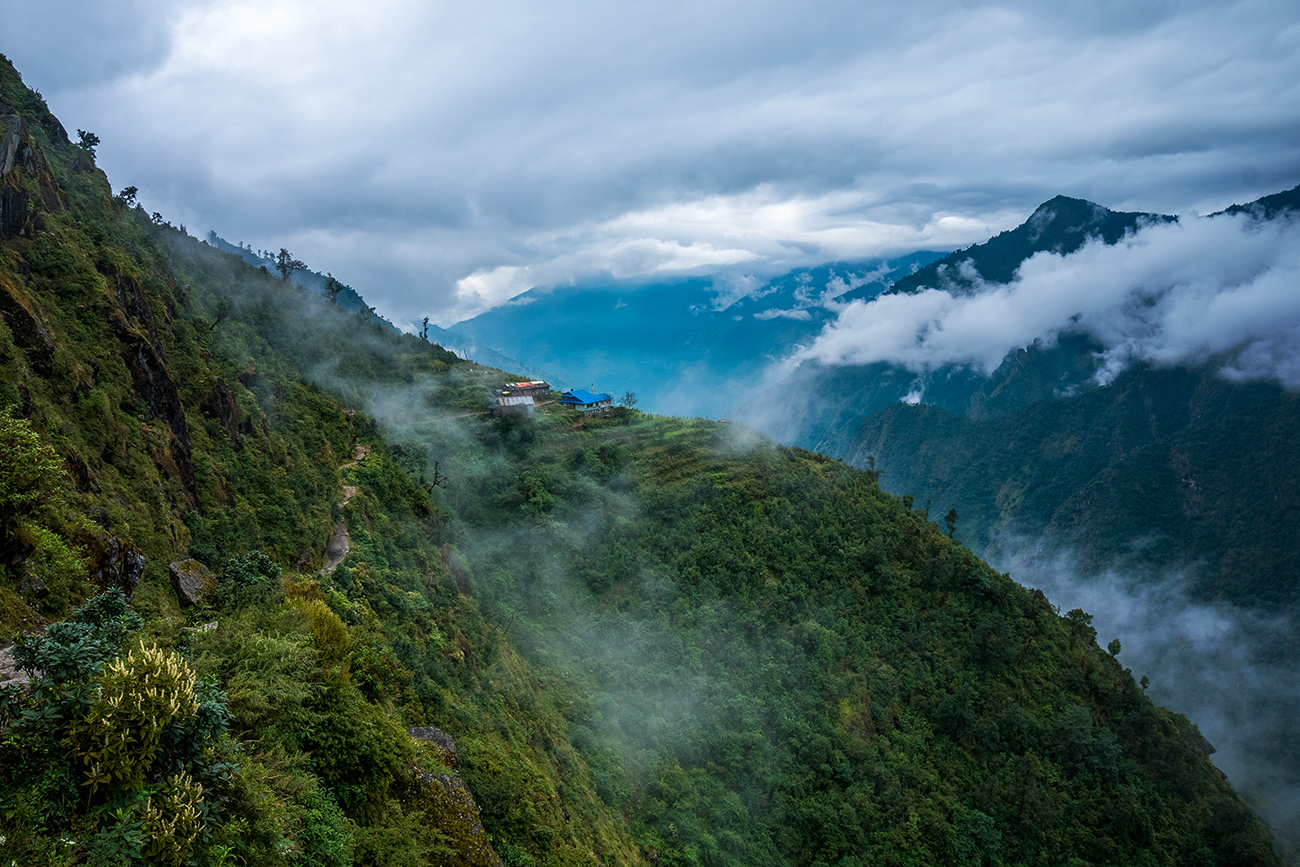 While having two days rest in Kharikhola, I got to meet a couple from Japan, one of them is a doctor specializing in acupuncture. He is a volunteer who comes to Nepal once a year to treat the local people here and in return, he treks the Himalayan region in Nepal every year. I was joking with them over a dinner, that if I ever come to Japan, I won’t be just travelling but I will stay long in Japan to learn the art of ninja or how to make a perfect samurai sword. He laughed but he said its possible, he knows a place in a small village to learn those things but the problem is I have to be able to communicate in Japanese. The couple stayed in the same house as me (Furi’s house) in Kharikhola and they trek together with their cook, guide and a few porters since they’re carrying heavy. 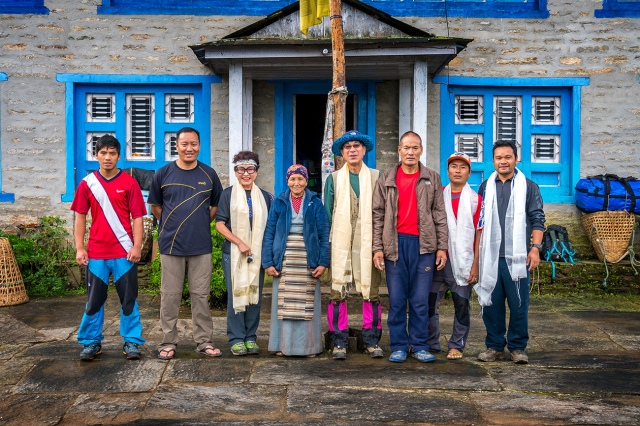 Furi’s family, the Japanese and the team 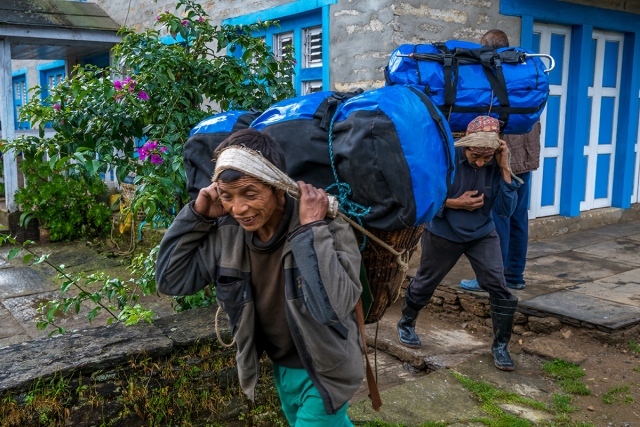 the sherpas carrying their heavy stuffs 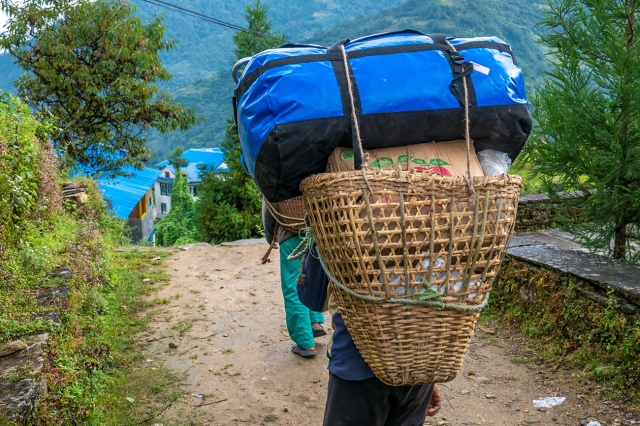 After the rest days in Kharikhola, Furi assigned me another sherpa guide who speak fluent Malay… with KL accent! He used to work in Sunway for a few years and has many Malay friends and communication is super easy for me while hiking with him in the Everest region. After two days having a good rest, my new guide, Pema Sherpa and I started trekking early morning in the cold mist. We hiked about 6-7 hours mostly under the rain to put us in Paknepani at the end of the day. Here as we get higher, the prices for everything increase. A dorm bed for the night is cheap, about 100-200 rupees (USD1-2) but a meal costs about 500 rupees (~USD4), 150 rupees for hot shower, 150 rupees for charging a camera/phone battery and so on. The prices get higher once we trekked further towards the Everest. Once I reached Phakding on the second day, its 250 rupees for a hot shower. On the third day when I reached Namchee Baazar, the price for a hot shower is a whooping 500 rupees. And the same thing for food, drinks, cigarettes, clothes and everything else. This is because it is difficult to get goods to the higher villages. Trucks can only get as far as Salleri or Phaplu. After that, they will get the goods to the villages in the higher Khumbu region by donkeys and yaks… and it takes days… 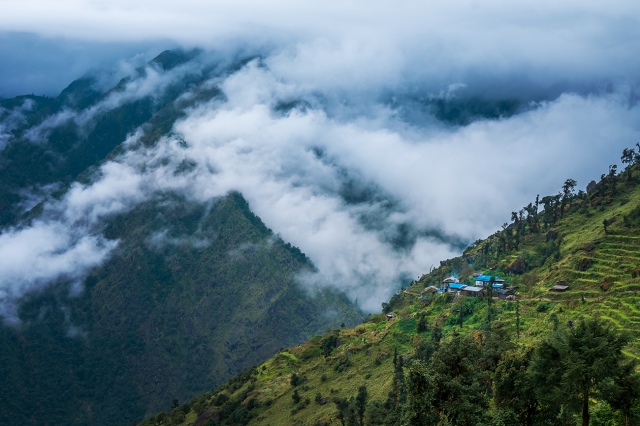 the typical view on the lower Khumbu 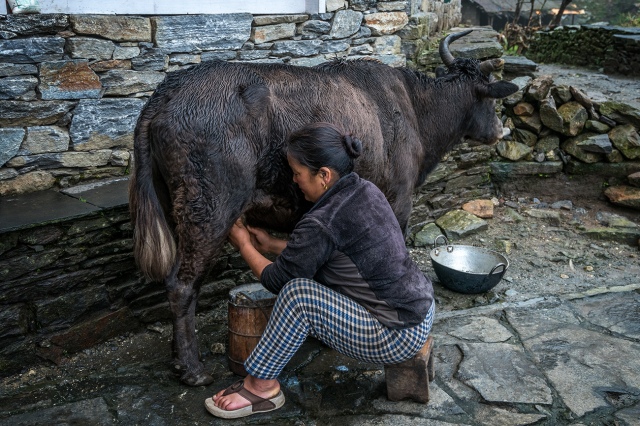 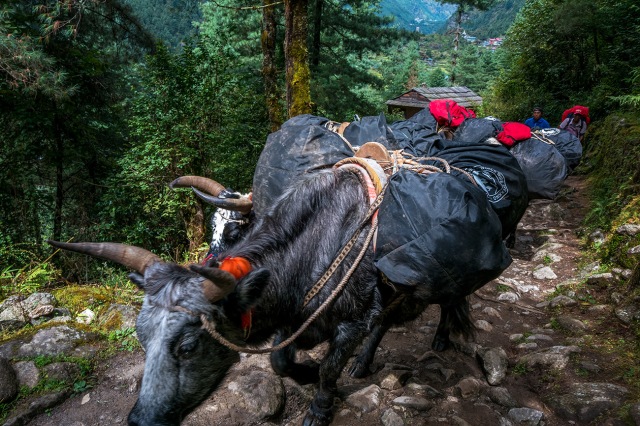 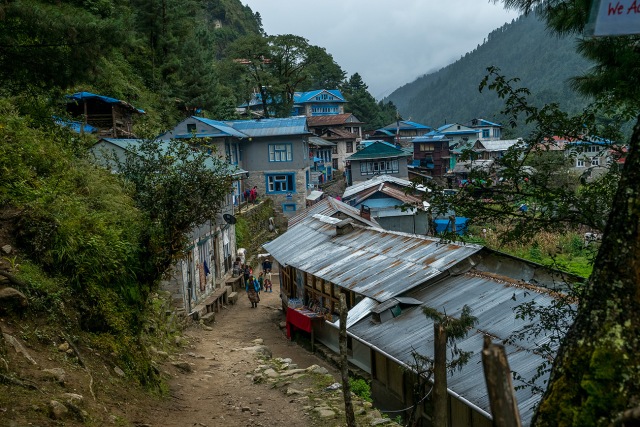 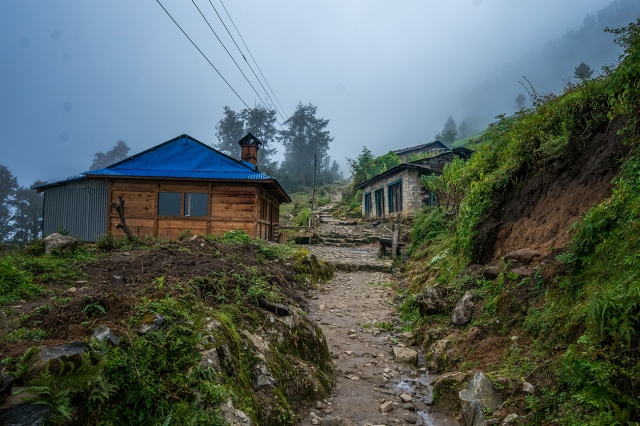 Almost the whole time during the 3 days walk from Kharikhola to Namchee Baazar was raining and covered with massive clouds. Visibility was poor and I couldnt see far. I was walking right through the clouds almost all the time. Once in a while, I heard the sound of rescue helicopter flying very near. The path is rarely flat, always ups and downs. The ascend is always a challenge, fighting with the gravity and the thin air. The descend is always dangerous, its steep and slippery. Either way, it slowed me down. Whenever I felt really tired, I couldnt rest for too long since I felt very cold whenever I stood still for more than 3 minutes. So I had to keep moving. But above all, I enjoyed the walk, the elements and all the experience. Despites the challenge, I inhaled the fresh air in every breath and surrounded by friendly people who never stop greeting me everytime they pass by me with a smile on their faces. My physical body is tired but feels stronger… and my mind is clear. 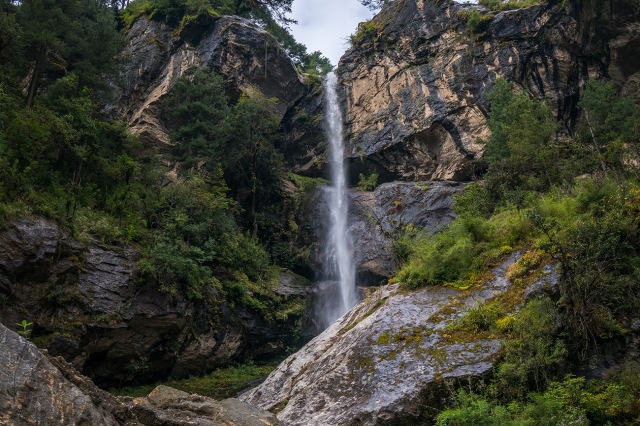 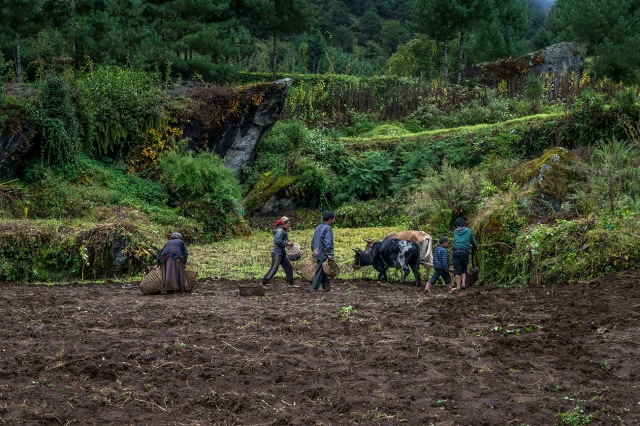 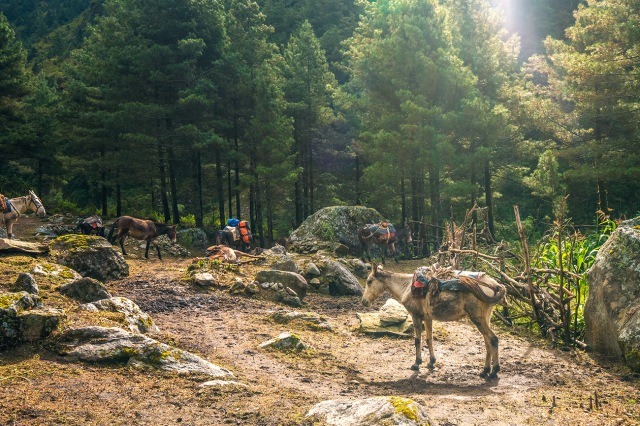 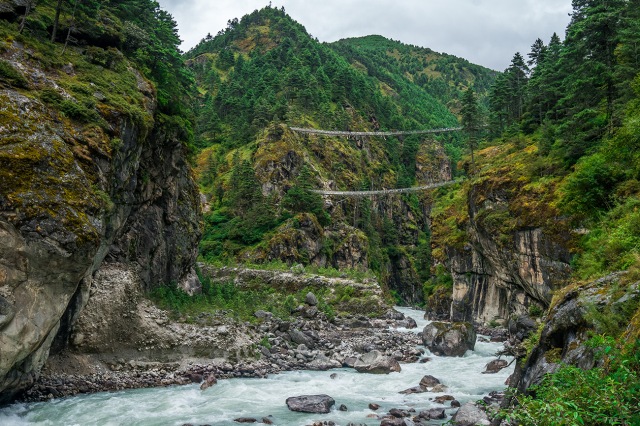 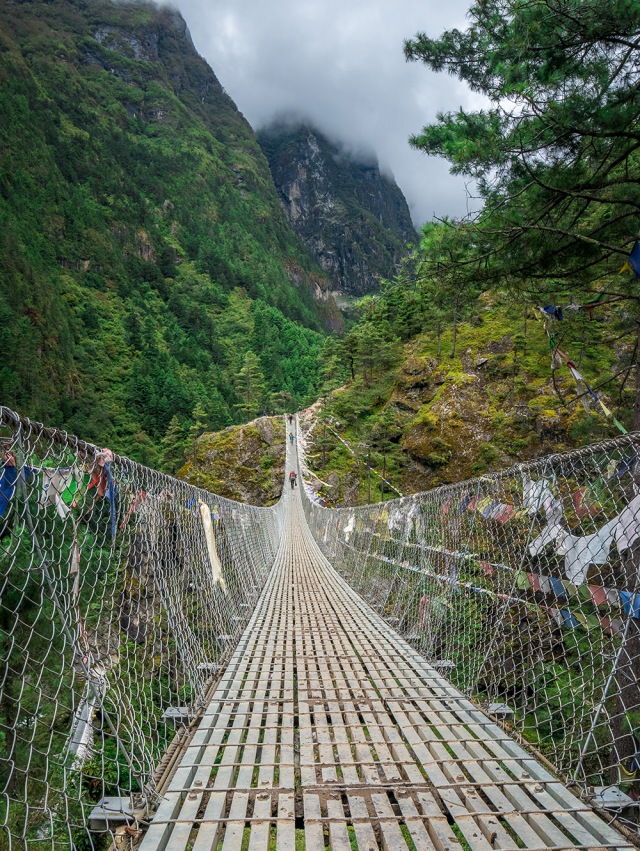 Walking in the thick clouds for days feel like exploring into a different world… a mysterious world. A world where you dont need to look too far away both front and back. The clouds are too thick making all the elements become visible only when it appear right in front of you.. making it easier to concentrate only on the now and I dont need to look too far ahead. This reminds me a lot about life itself. Sometimes we keep on thinking about the future and we tend to miss the most important thing, the now. We keep thinking about the future and when that particular future comes, we miss it because we start thinking about the next future… and it keeps going and it never stop. The result, we live most of our lives only by imagination and hope of something that is coming. 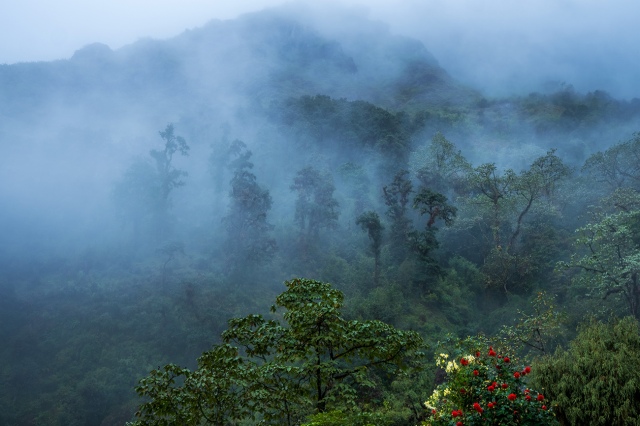 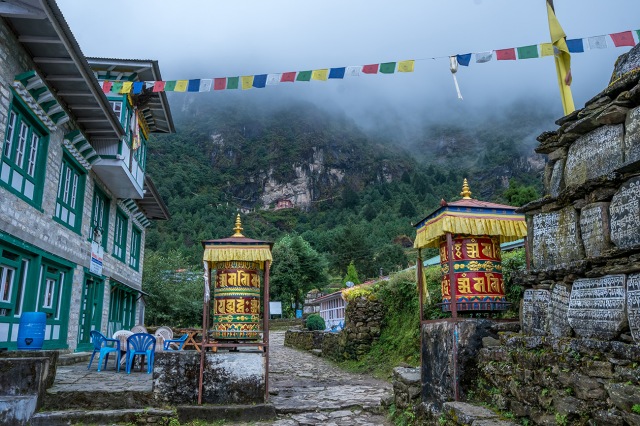 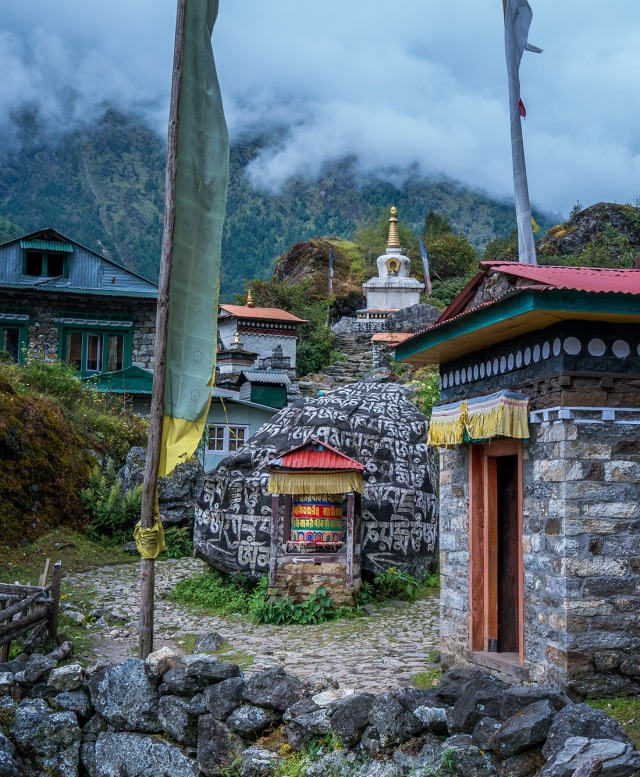 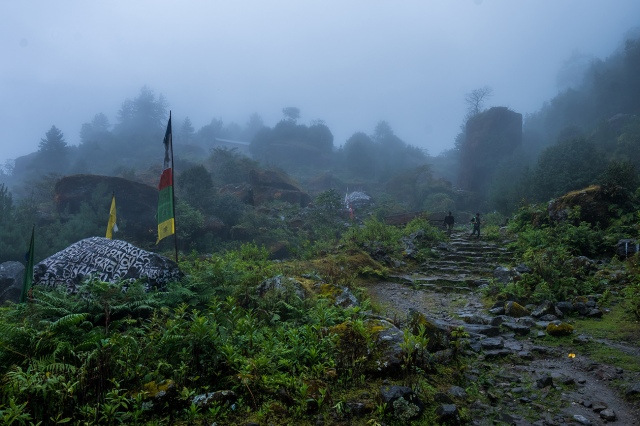 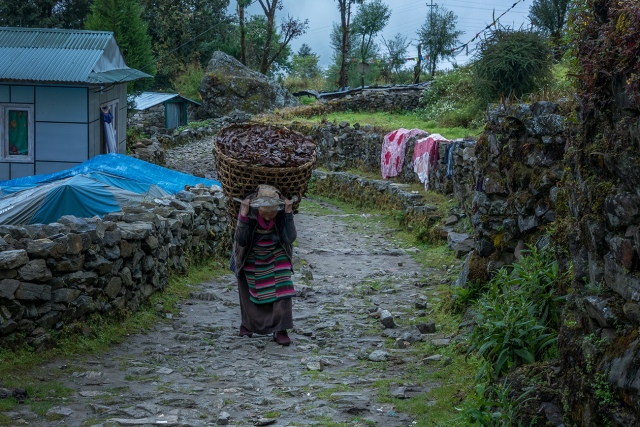 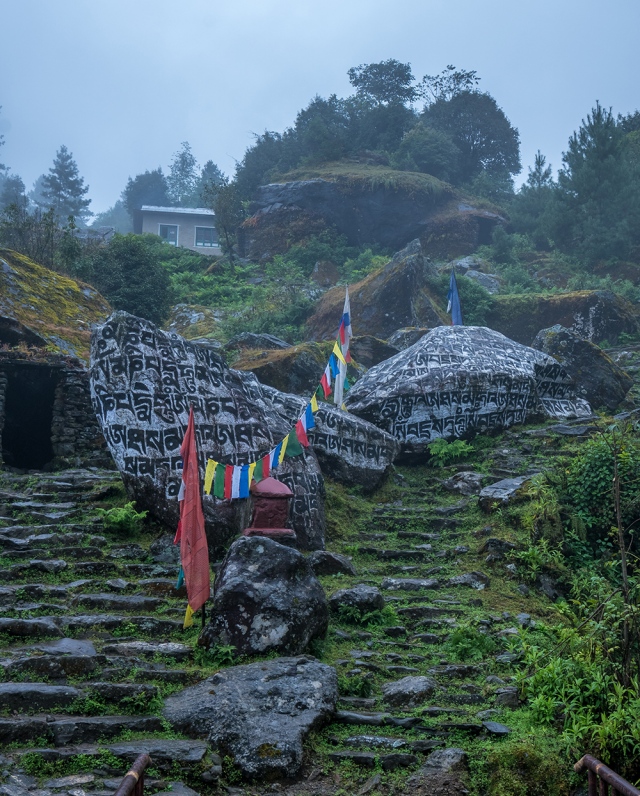 Since I passed by Lukla, I realized there are more tourists on the trail. Most tourists who do the walk to Everest Basecamp start from Luka, where they fly there straight from Kathmandu using the mountain flight which costs around USD160. And we had to stop many times to give way to the yaks and donkeys descending from opposite way in the narrow path. There are many small villages here on the trail which have guesthouses and restaurants, prayerwheels and stupas. It feels almost the same like Tibet or even Bhutan but its more populated here. After hours walking in the light rain, I had no idea that we finally reached Namche Baazar since everything is covered by the clouds until my guide told me we are reaching the small town. 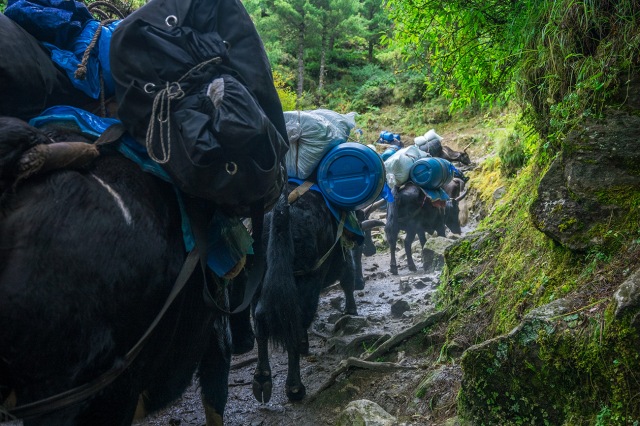 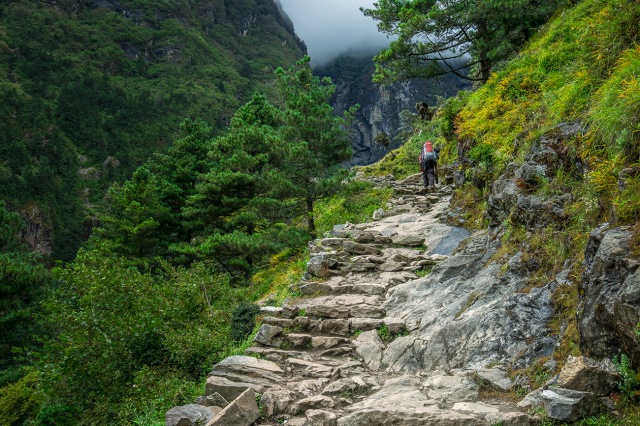 ascending into the thin air 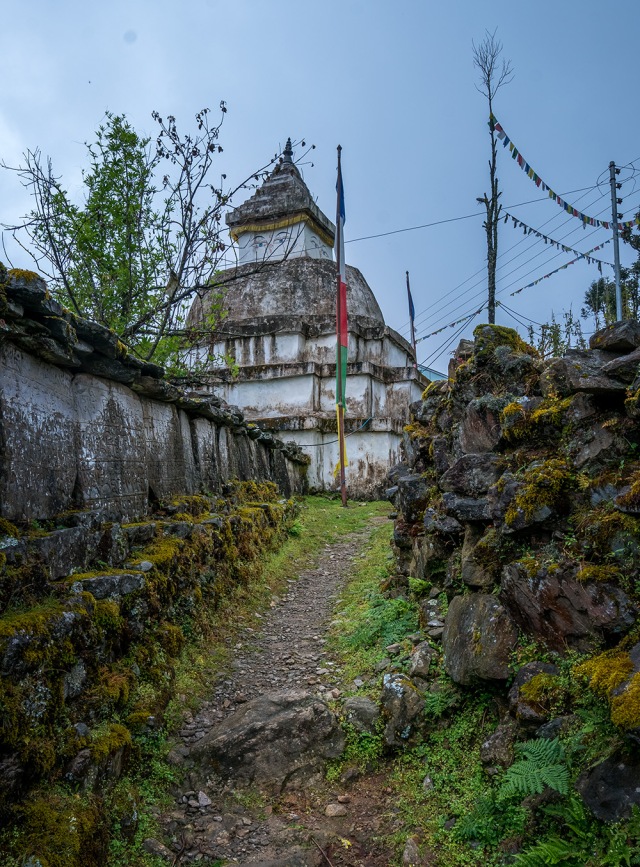 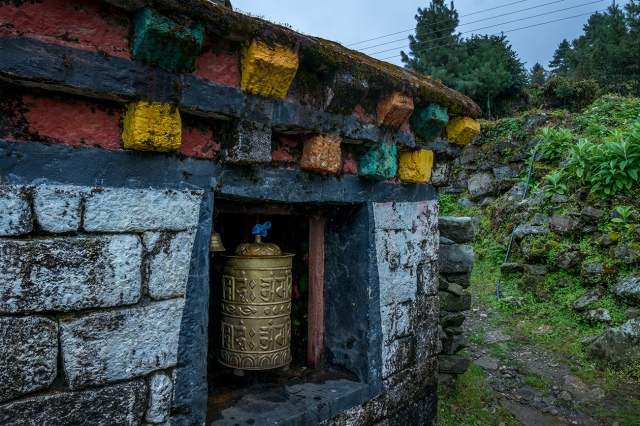 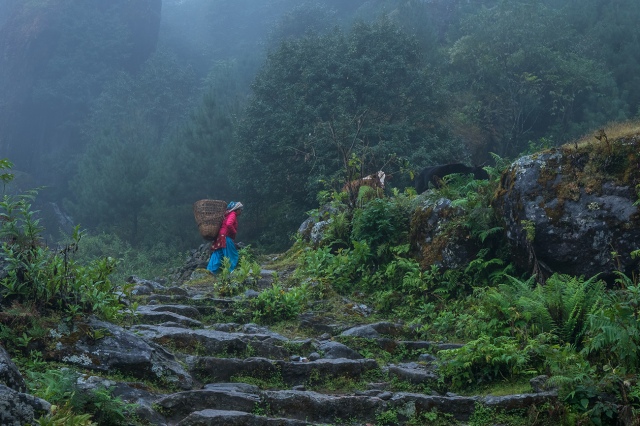 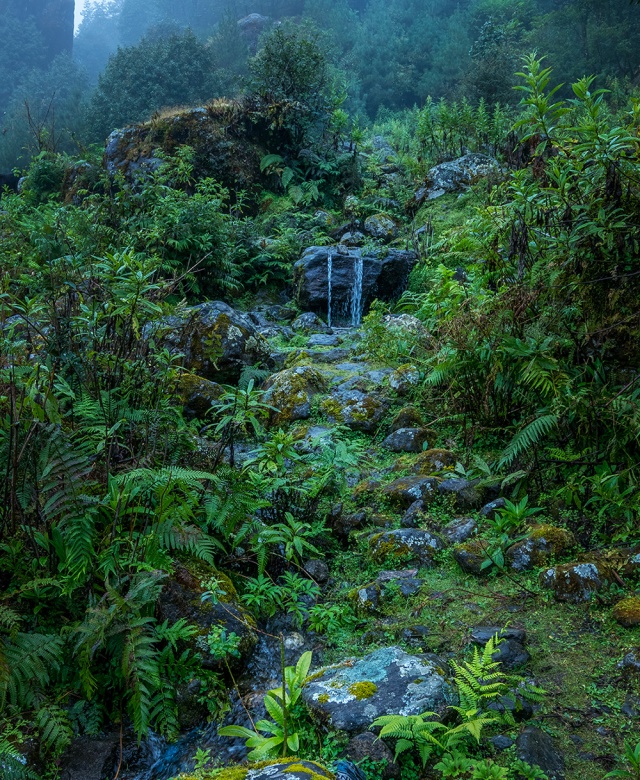 12 Comments on “Ascending Into The Higher Solukhumbu”