My ride here in China is not as smooth as chocolate as I would imagine. My Chinese visa is now dictating my ride here in China. I tried to extend my visa while I was in Hohhot, and the officer there told me its better if I do it in Xi’an, better chance there. So I took a bus from Hohhot to Xi’an. Getting myself inside the bus is difficult, since I have my bicycle and huge luggage with me…. plus I speak poor Mandarin. Xi’an is about 1000km to the south of Hohhot. Usually, on that distance, it will take me almost a month to cover on my bicycle… or maybe 2 weeks if I’m rushing. But taking the bus, only took me 14 hours to get inside the beautiful city walls of Xi’an. Upon reaching Xi’an, I spent roughly an hour to navigate around the big city to find a cheap hostel for me to settle down for a few days. Xi’an is a big city, the population here alone is 1/3 the total population of the whole of Malaysia! I see it much bigger than Kuala Lumpur and I imagine this is only a suburb of Beijing! I spent the day walking around the city, to find out the important places for me, like where can I find good food, Muslim areas, cheap places to shop necessary things etc. The next day, I went to the immigration office to extend my visa. They told me its not possible to stay too long in China. But its good enough that I can get 1 month visa here. I tried to demand more. “Do you guys have any idea on how big China is? A month is not enough to explore the country!”, I told them. They laughed. But nothing can they do, theyre just following orders. So okay I agreed. But the process will take a while, maybe a week or more! 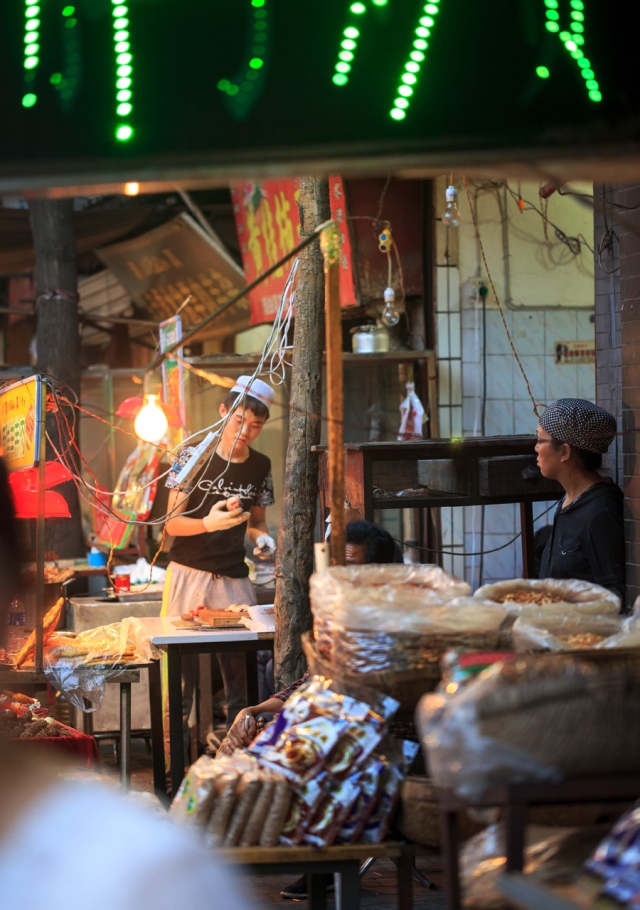 many Muslims in Xi’an

On the way back from the immigration office to get to my hostel, I took a cab. The cab driver was friendly to me at first, curious on where I’m from and asked. I told him I’m from Malaysia! And there you go, wrong answer. He then started to raise his voice to me and say something about feiji, which means aeroplane in Chinese. Then I catched he was saying san bai chi shi, which means 370. Ah right, he was saying something about the Malaysian Airlines missing plane. Then suddenly he showed his middle finger to me while saying Malaysia, something tells me that he was saying to hell with Malaysia. And a few seconds later, he stopped the car and asked me to leave the cab! My god that was unbelievable. Even though I’m a Malaysian, I have nothing to do with it. I’m even clueless about what really happened, nobody actually knows what happened to the plane! But okay, I just took the blow on what happened then. The next time people ask me where I’m from, I’m gonna say that I’m from Bolivia. Hehe… 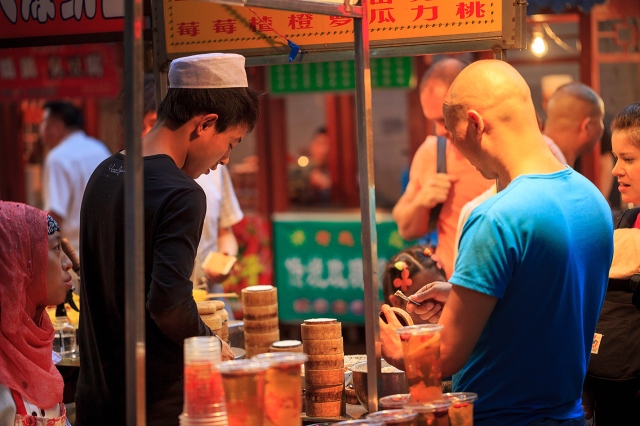 Having my passport in the immigration office, I was then stucked in Xi’an. I first felt quite bad about the cab driver thingy. But then, something good happened that made me smile again. I was coughing a bit with running nose. I stayed in 8-bed dorm and theres a Chinese girl sleeping next to my bed. We were talking about our trips together with a French couple and an American guy in the room. Then before I went to sleep, I was coughing non stop. The Chinese girl then went out without saying anything. She then came back few minutes later, with a cup of ginger tea and had me to drink it. She said its good for me since I was coughing. I was touched. She looks like an angel when she gave me the ginger tea. Other guys in the dorm were like, “wow.. what was that?”. She was really nice. And the next morning, I went out early for breakfast and when I was walking back to the hostel, I saw her again on the road, she was walking towards the bus station to get to the airport. Again, she looks like an angel. Shes tall but without wings. And she was holding some food and gave it to me. She said she bought extra breakfast to give it to me, but couldn’t find me in the hostel since I left early. Again I was touched. Things happened too fast and I didn’t even asked her name yet. She just said all the best on my cycling journey and mentioned to me that shes from Beijing. Then she left… 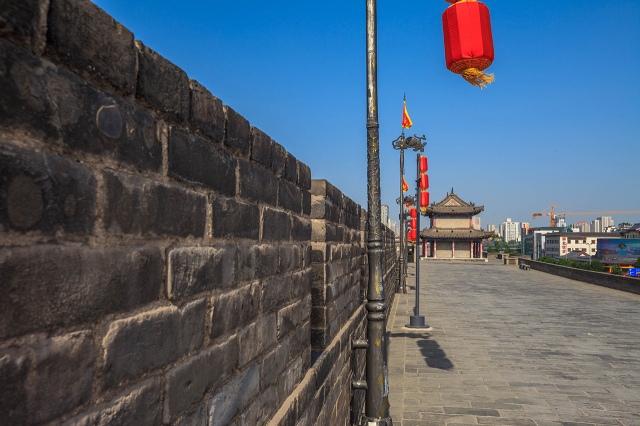 inside the ancient wall of Xi’an 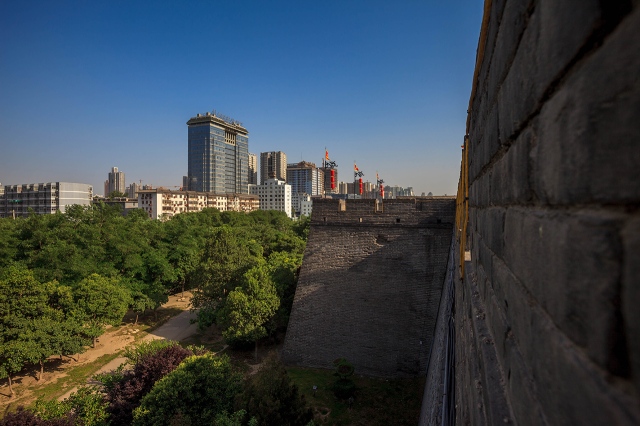 overlooking the city of Xi’an from the ancient wall

I stayed almost 2 weeks here in Xi’an, stucked here and kinda bored sometimes. I explored all over the place from one end to another, walked the whole length of the surrounding ancient wall of Xi’an. Xi’an is the only city in China that has the complete wall surrounding it. It is one of the oldest city in China and also the starting point of the ancient Silk Road that snakes all the way to Istanbul, Turkey through Central Asian countries and Iran. Not so far from the city, lies the Terracotta Army, built for one of the Chinese Emperor, Qin Shu Huang. He ordered the construction of these massive stone armies so that he will be protected in the afterlife! A local farmer discovered these stone armies in the 70s and they are still digging the surroundings and find more and more of these until today. Each of these armies is varies in size and figures. Visiting the Terracotta warriors is quite exciting but there were sooo many people.

the Terracotta Warriors in Binmayong, not far from Xi’an

While waiting for days and days waiting for my visa approval in Xi’an, I saw a big Malaysian flag in one of the food booth here on the street in the Muslim quarter. Then at one point I saw a group of Malays chilling and went nearer to confirm that they are Malays. I then heard them speaking Malay and one of them even greeted me. Its so good to speak my own mother tongue after a few months being on the road conversing in foreign language. I was surprised that the Malaysian Prime Minister was here a few hours ago! I really missed it! Would be great to meet him here in Xi’an. Those Malay guys were actually part of the delegation. We then had a short conversation for a few minutes before they finally left. I recognized some Malaysians here in Xi’an in the past few days doing some shopping and visiting the mosque and other touristic areas.

somewhere inside the Muslim quarters 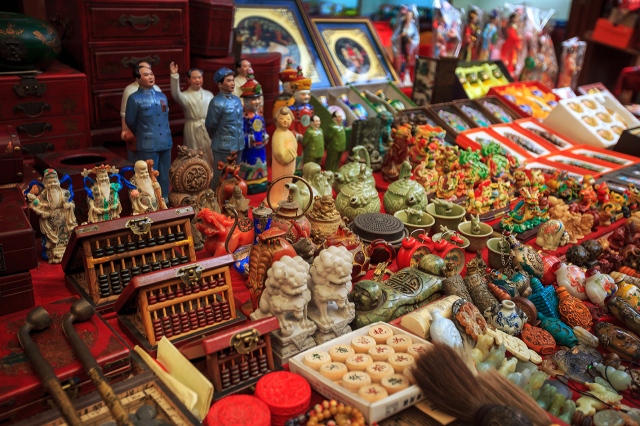 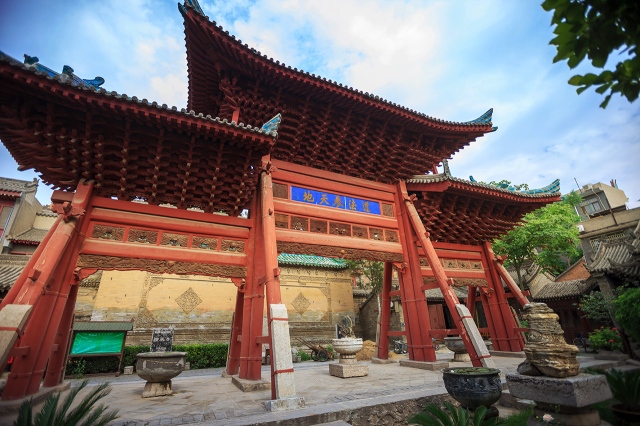 the great mosque of Xi’an 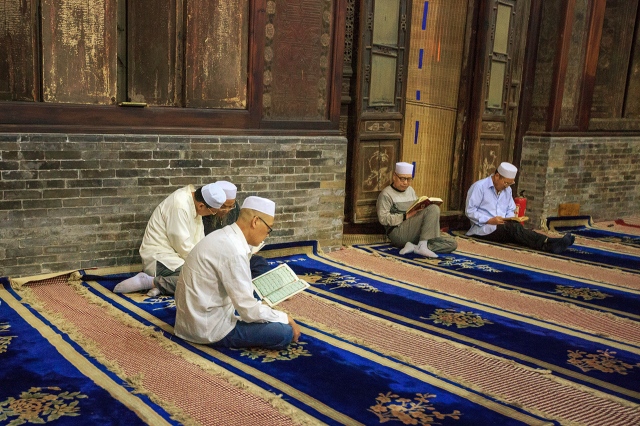 inside the praying hall 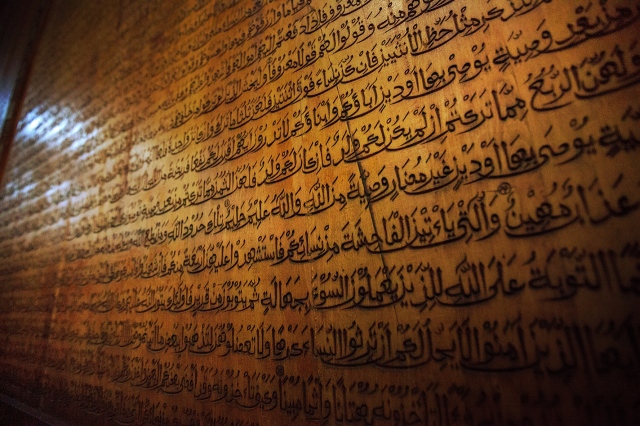 the wall inside the mosque!

After almost 2 weeks of waiting, I finally got the visa extension. I only have a month in China and have to exit China by the first week of July. I guess from now on I won’t be cycling since there is not enough time. I guess I will try to take a bus to get me to Urumqi, the capital of Xinjiang and spend the whole June cycling in Xinjiang Province. Taking a public transport can be hard especially when I don’t speak the local language. It was so complicated when I took a bus from Hohhot to Xi’an since I had my bicycle as well. But thank god now my Mandarin is getting better day by day, since I keep speaking chinese to the locals. Beside the 4 tones in Chinese language, I find the language is quite easy now. There is no such thing as complicated grammar like in English or Russian, I find Mandarin language almost doesn’t have any grammar. Its just word, word and word. But the locals find it so funny when I talked to them, because I always mix between English and Chinese words in a sentence. For example, in a restaurant when asking for the menu, I can confidently say, “Duibuchi, can I have the Yingwen caidan, ke yi ma?”, which basically means that I’m asking for the English menu. Hehehe. Some of the locals here even thought that I’m from Xinjiang, because my accent is so bad hehe. And when they asked me where I’m going next, I just told them Im going to Xinjiang… to visit my relatives!… and they laughed hard.

the shopping areas in Xi’an at night 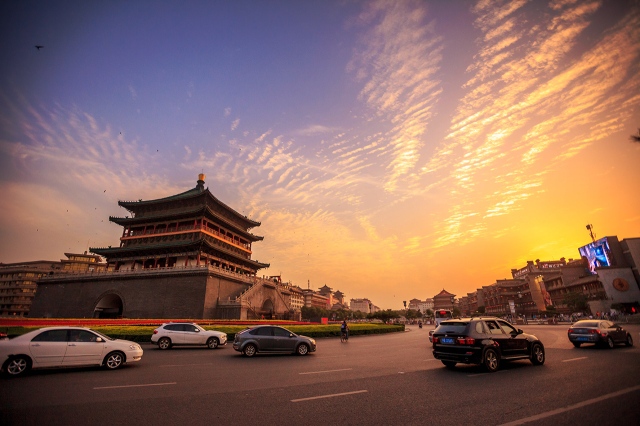 Bell tower under the sunset colours

Bell tower under the night colours!

← A Few Days in Hohhot
Hua Shan, the mountain of magic! →